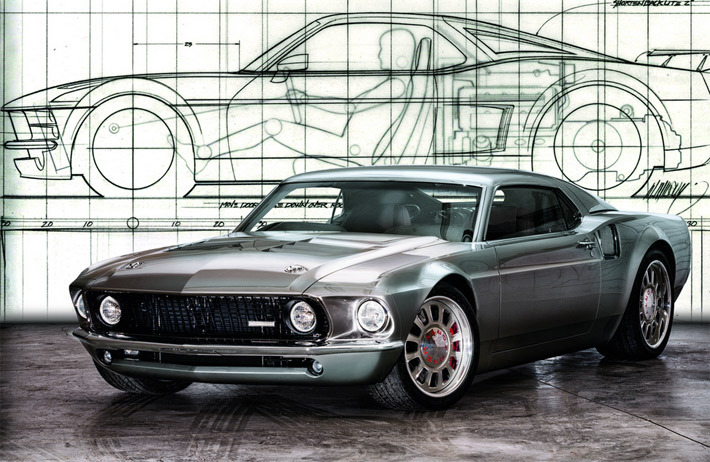 Ford’s two most iconic models of the past half century can be called the first generation of Mustang, and of course, sport car GT40. Both cars have a tremendous amount of special series and do not need to be completed. But what happens when you combine these two cars?

American classic car lover Terry Lipscomb wanted to dream and just imagined how might have looked like Ford Mustang 1969 model year, coupled with Ford GT40. He asked designer Mike Miernik to draw a sketch of such “hybrid.” When the drawing was finished, Terry turned with it to Eckert’s Rod & Custom and Hardison Metal Shaping companies, in order to make a real car.

Work on the project took three years. As the platform was based on Ford GT40, and the body parts were made in the style of the first generation of the legendary Mustang. Under the hood – a 5.4-liter V8, which develops 600 to 850 hp. Although the Mustang and GT have a lot of external differences, their “synthesis” has turned out quite harmonious and interesting.