Home / Cars / The new Ford Mondeo will get 1.5 liter EcoBoost 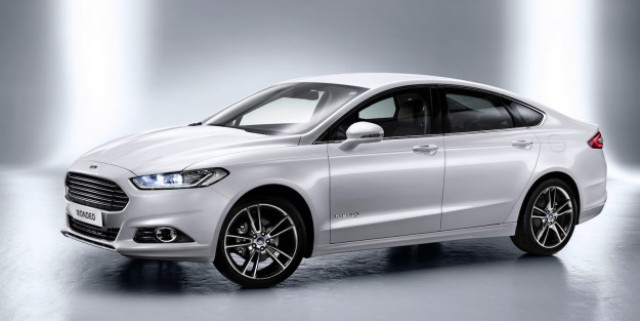 The new Ford Mondeo will get 1.5 liter EcoBoost

The family of next-generation of Ford Mondeo will be equipped with four-cylinder petrol turbo engine EcoBoost of 1.5-liter. Premiere of this car is planned for the end of April at the Motor Show in Shanghai.

Such a move looks rather strange because new features should be fairly close to the current 1.6 engine characteristics. However, as it turned out, this decision has very definite background: in some countries, where sedan Mondeo will be sold, for cars with engines of 1.5 or less there are some tax preferences.

Detailed features of the new “Ford” engine are not known. But the manufacturer only specified that they will be close to 1. 6-liter “EcoBoost” (that is, about 150 horsepower and 240 lb. -ft. of torque), but the motor will be more economical and more environmentally friendly.