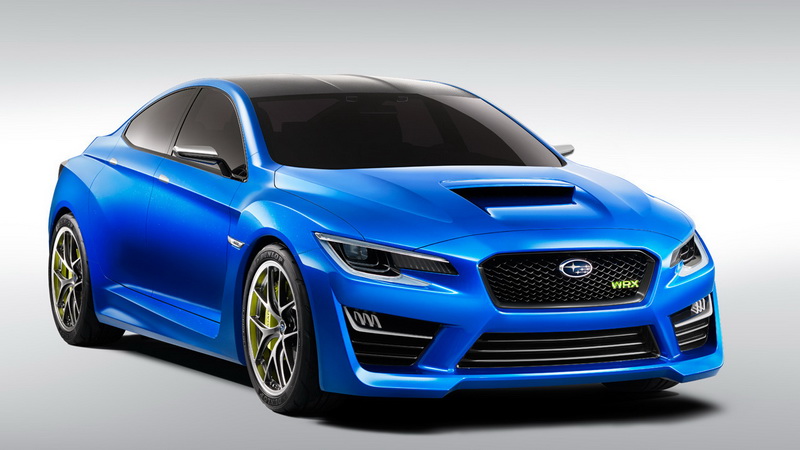 Subaru hinted at the appearance of the new WRX sedan

Conceptual Subaru WRX, which debuted at the Auto Show in New York, was a sedan with a compartment silhouette, 4 wheel drive and opposite turbo engine.

Its “freshly baked” concept WRX, presented in New York, the company Subaru has made it clear about what will be a new car: Japanese finally decided to provide performance-versions in a separate family of vehicles that have little in common with conventional “Impreza” – a close link with the WRX and WRX STi greatly increases the cost of ordinary modification.

No information on the power units of future innovations in Subaru was disclosed. During the presentation of the concept, the staff of the Japanese manufacturer focused on the exterior of WRX.

Developed prototype of rear pseudo-diffuser adds some aggressiveness to the car. The roof of the prototype is made of carbon fiber for weight reduction and lower gravity center.

How external aggression is justified, it is not known – representatives of Subaru did not specify exactly what engine will be equipped WRX Concept.

Production version of the Subaru WRX Concept is expected to enter the market next year.