Home / Interesting / Steve McQueen: The Greatest Chase Of All 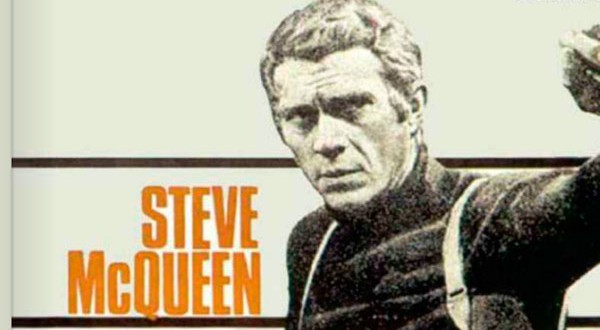 Steve McQueen: The Greatest Chase Of All

Where were you in 1968? You might have opened up the movie section of the newspaper and read a review about the newly released movie BULLITT. One such review, by the National Observer said, “Whatever you have heard about the auto chase scene in BULLITT is probably true, a terrifying, deafening shocker.” Life magazine wrote, “… a crime flick with a taste of genius, an action sequence that must be compared to the best in film history.”

With reviews like that and sharing double billing with the hit BONNIE AND CLYDE, BULLITT devastated audiences with incredible scenes of leaping, screaming automobiles that seemed to fly off the screen. Among all of Hollywood’s road movies, BULLITT unquestionably made film history with its original car chase sequences. There may have been chase scenes before but nothing has since or before equaled the intensity and impact of BULLITT. The scenes, which were novelty then but classic now, were brilliantly executed. Over the years fans have asked questions about the two cars used in the movie, a 1968 Dodge Charger and a 1968 Mustang GT. Of all the Muscle cars offered in the late sixties, why were these two cars chosen and how were they modified to survive the torturous driving? 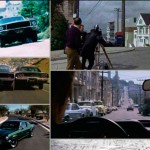 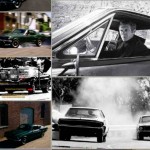 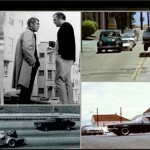 It’s been 45 years since BULLITT was filmed however, the magic of this special movie has not diminished. We questioned some of the crew who participated in the filming and asked them how the chase was co-ordinated and shot, who was involved in the chase scenes and what happened during the
filming. Steve McQueen and director Peter Yates brought in some of the best names in the business in preparation for the filming of BULLITT’S chase scenes and we were able to track some of them down. We interviewed Carey Lofb’n, stunt co-ordinator for BULLITT and occasional driver of the BULLITT Mustang, Bud Elkins, the main stunt driver of the Mustang aside from McQueen and Loren Janes, who had doubled for McQueen for nearly 20 years and stunted for McQueen during the airport sequence at the end of the film. We also interviewed Max Balchowsky, the man responsible for maintaining the Mustang GT and the Charger throughout the filming. Finally we spoke with Ron Riner, who acted as transportation co-ordinator for Warner Brothers on the BULLITT set.

We set out to learn what the recipe is for such a successful chase sequence. What we found out was that there is none; it was pretty much a hit and miss thing and as Ron Riner put it, “Other people have tried to put the same combination together to get the same results and haven’t really done it. Before we’d shoot a scene, everyone including the location people, the police department, the stuntmen, the director and Steve, would get into discussions. We realized we didn’t know what to do because no-one had ever done this before.” What hadn’t been done before was a chase scene, “at speed”(up to 110 miles per hour) through the city streets and not on a movie studio back lot. Bud Elkins said, “I think it was the first time they did a complete car chase at normal camera speed. What you saw is what really happened. It was real!” McQueen
was determined to have “the best car chase ever done,” recalls Carey Loftin. “I told Steve I knew a lot about camera angles and speeds to make it look fast. You can under crank the camera so you can control everything in the scene. Then when it’s run, it’ll look like high speed and the car will appear to be handling real well.” McQueen refused to hear of it and advised Loftin that money was no object. “Fine,” Loftin replied. “Until you run out of money, you’ve got to stop me!”

In an interview with Motor Trend magazine, Steve McQueen related his desire to bring a high speed chase to the screen. “I always felt a motor racing sequence, a chase in the street, could be very exciting because you have the reality objects to work with like bouncing off a parked car. An audience digs sitting there watching somebody do something that I’m sure almost all of them would like to do.”

BULLITT was also the first picture done with live sound (some of which was added later as needed). For example, additional sound was needed because on occasion a tyre squeal was not picked up by the microphones. Bud Elkins remembers blowing the rear end of the Mustang at Willow Springs, winding the gears for engine noise to be added to the soundtrack.

To prepare himself, his crew and the cars for the movie sequence, McQueen and company went to the Cotati race course near San Francisco. “Steve handled the Mustang real well and he flowed well with the car,” recalled Riner. “. Also on hand was the late Bill Hickman, the fantastic As for the cars, Max Balchowsky tells us, “I suggested they get a 390 GT. I had suggested using a Mustang, and a Dodge Charger or else there would be too many Fords in the picture. I thought we’d mix up the cars.” The two 1968, four-speed Mustang GT fastbacks were purchased primarily because, promotion ally, they were the best deal at the time. As far as Bud Elkins can recall, he feels the reason they used the Mustang was because “They wanted it to look like a cop car. This was his personal car and he wasn’t a rich guy, he didn’t have a real nice car and it was Steve’s idea to put the big dent in the fender to show that it got banged up and he didn’t have enough money or the time to fix it.”

Warner Brothers purchased two four-speed Dodge Chargers “at a Chrysler dealership in Glendale California,” recalls Ron Riner. He also said the Dodge Chargers had to be purchased without promotional consideration but after the success of the movie and the increase in Charger sales, Chrysler was more than willing to be generous with their vehicles to Warner Brothers for future projects. Mr. Riner posed an interesting premise, “Did you realize that there wouldn’t be a 01 car (the General Lee in Dukes of Hazzard) if we hadn’t done BULLITT and Dodge hadn’t sold so many Chargers?”

Before the filming could be done, the Charger and the Mustang required preparation. One of the best wrench men in the movie business, Max Balchowsky, recalls the Mustang in particular needed considerable modifications so it could hold up during the relentless beatings it
would take during the filming. “Carey said they were ‘going to’ do a lot of jumping with it and he said it had to be strong. So I was a little hesitant as I didn’t know if they wanted to go over 50 foot cliffs. I had no idea what they wanted to do until I got there.” To beef up the Mustang, Balchowsky started with the suspension, reinforcing the shock towers, adding crossmembers and re-inforcements, exchanging the springs for replacements with higher deflection rates and replacing the stock shocks with Konis. All suspension parts were magnafluxed and replaced where necessary. The engine also came in for some modifications including milling the heads, adding an aftermarket high performance ignition system, re-working the carburettor and adding headers.

On the Mustang, Mr. Balchowsky recalls, “Everybody suggested I put a Holley on the Mustang as it was better than the Ford carburettor. I’ve always had good luck with Fords and didn’t want to spend money putting a Holley on if I didn’t have to. It ran good and needed just a few little adjustments. I changed the distributor and all but basically never had the engine apart on the Ford.” Ron Riner remembers, “The stock Mustang had undercarriage modifications not only for the movie but for Steve McQueen. Steve liked the sound of the car and he wanted mags. We hopped it up because Steve wanted the car hopped up. He was still a kid.”

Balchowsky remembers, “I hardly had to do anything to the Dodge’s engine but what I was worried about was the strength of the front end.” To shore up the front, Balchowsky revised the torsion bars,
beefed up the control arms and added heavy duty shocks. As with the Mustang, all parts were fluxed. For the rear end Balchowsky told us, “I got some special rear springs, what you call a high spring rate, a flat without any arch in it and using that spring, the car would stay low. It’s similar to the springs they use in police cars which makes a good combination. When the police specify a package, they have more spring here, a little bigger brake there, a little bit more happening in the shocks, and it makes a good car. But the director of BULLITT wanted a brand new car instead of an ex-police car so I got the springs from a friend at Chrysler. We had to weld re-inforcements under the arms and stuff on the Dodge and we did lose a lot of hubcaps on the Charger. We’d put the hubcaps back on but I suppose it probably would have been better if we had left them off.”

“I’ll tell you this,” said Max Balchowsky, “I was really impressed with the Mustang after I got done with it as I didn’t think it would make that much difference beefing it up. Later we took both cars out and went playing around with them over by Griffith Park (near Los Angeles). The Dodge, which was practically stock, just left the Mustang like you wouldn’t believe.” Ron Riner has similar recollections. “The Charger ran rings around the Mustang. We trimmed the tyres down (on the Charger), we practically made them down to bicycle tyres to try and handicap Hickman and Bill just run them.” Carey Loftin also recalls, “We test ran the car at Griffith Park near the Observatory up a long hill and if you can run a car real hard up and down that hill, its working pretty good.”