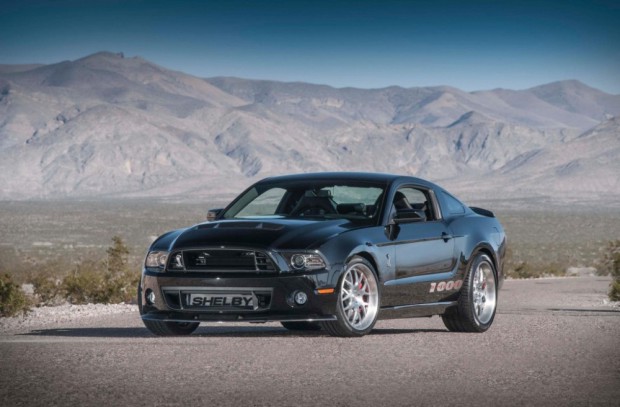 Shelby will show the most powerful Ford Mustang in New York

Ford’s Mustang series of cars appeared in 1964, focused by manufacturer as pony-car – relatively inexpensive sport car-toy, which would be accessible to everyone. Since then has passed nearly 50 years and sold about more than 9 million copies. And, more recently, Americans once again surprised the world by releasing a powerful concept car Ford Mustang Shelby GT500, which has already managed to gain critical acclaim and become the best car of today.

But novelty, which we speak about, is based on Ford Shelby GT500 2012 model year and boasts a capacity of 950 hp, and a version for the track has all 1100 “horses” under the hood. The car is moved due to 5.4-liter V8 Ford engine, which has undergone a major upgrade for the 1000 Shelby. Engineers added new connecting rods, cranks and pistons.

Externally Shelby 1000 can be distinguished by the new front splitter, hood and rear diffuser.

The car will be produced in limited quantities. Per usual Shelby 1000 customer will have to pay 149,995 dollars, and for the model S/C for the track – 154,995 dollars. Note that this is only the price of the package of improvements, along with the donor Shelby GT500 price will not be less than 200 000.