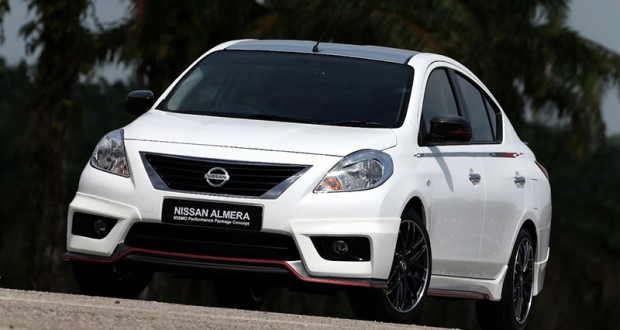 NISMO is a name familiar to many motorsport enthusiasts. Since its inaugural establishment NISMO has been the racing arm for Nissan in the motorsports arena, both domestic and overseas. One of their most memorable race cars is of course the fearsome and undefeatable Group A R32 Nissan Skyline GT-R which dominated the touring car class, shocked it’s international competitors, and earned itself the nickname “Godzilla”.

They have also applied their vast racing experience to produce some of the best factory-tuned Nissan performance cars: the NISMO 270R, NISMO 400R, NISMO Z-Tune, and more recently the new NISMO R35 GT-R. Now NISMO has expanded its brand to global Nissan models with the release of the Nissan Almera NISMO Performance Package.

Let me start by saying that the Almera is really big and spacious for a В-segment sedan, and I’m not exaggerating either. Looking at the car from the exterior I had initially thought the Almera was a С-segment sedan, much to my surprise later when I found out that it wasn’t.

Quoting one of my friends, “The amount of space in the car is ridiculousl” and I could think of no better description than that. We were able to fit 5 full-size adults comfortably into the Almera, with ample legroom for everyone. Actually 6, if you were to count the boot space as well. One of our work colleagues managed to fit into the boot with little effort (and a lot of resistance), but at least he had room to move around and that’s what countsl

The model we tested is the highest spec VL variant with the NISMO Performance Package. Being the highest variant, it comes with a lot of neat features like the multimedia sat nav system, steering wheel audio controls, push start button, and the funky automatic air condition unit.

The biggest visual transformation comes from the NISMO aerokit, which includes a front bumper spoiler, rear bumper spoiler, side skirts, and trunk lid spoiler. The aerokit not only transforms the Almera with aggressive styling, but is also designed to significantly reduce lift and drag. The package also comes with 16 inch NISMO alloy wheels and Continental Max Contact MC5 tyres.

If we had to choose a favourite component it would be the NISMO performance suspension system, which consists of NISMO tuned absorbers and springs. This upgrade gives the Almera a more dynamic handling with great steering feel and feedback, and is real treat on roads with a lot of comers. Together with the NISMO sports exhaust muffler the NISMO tuned Almera makes for one fun and exhilarating drive. 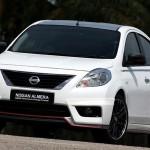 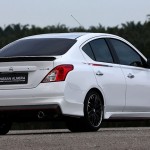 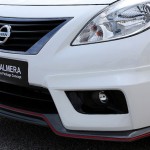 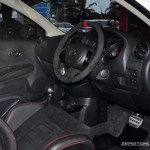 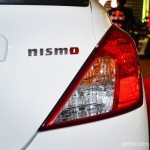 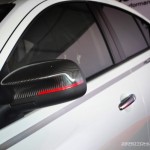 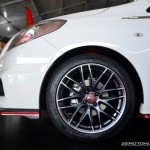 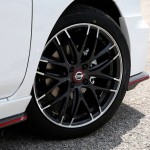 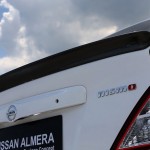 verycool 2014-04-05
John
Previous: Motor Oil that gives your engine the power and speed to win the race
Next: You were surprised that South Africans don’t want green cars ?