Home / Cars / New inside design of Chevrolet: airbag between the driver and passenger 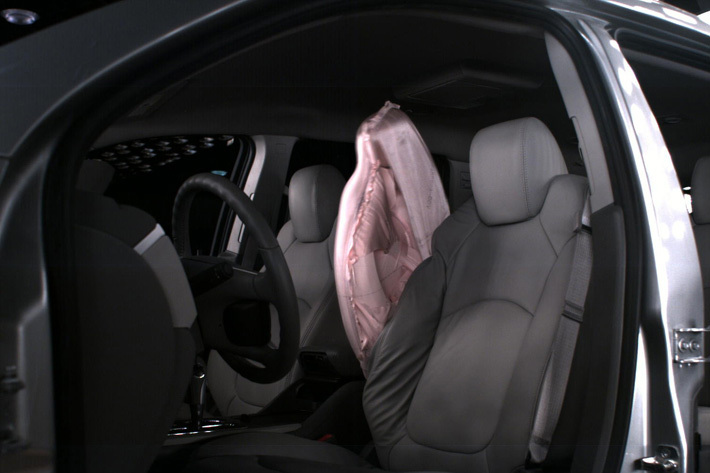 New inside design of Chevrolet: airbag between the driver and passenger

Starting this year, several models of General Motors acquired additional bag, which has not yet introduced any other manufacturer. Newly appeared video in the Internet shows the new development of this on example of Chevrolet Traverse. It is the central airbag, shot between the driver and front passenger.

The idea appeared after creators came from the fact that to date the driver in fact was protected only by three sides out of four. And at the side crash, this situation poses a serious threat, and it doesn’t matter where the hit is from the left or right side. It would seem that when confronted with the left side of the driver’s head is held side curtain, but the passenger, at the same, is reloaded over the arm, causing injury himself and the driver. When you hit the right side everything is vice verse. Even if no one is sitting right, in case of crash, car driver is not properly secured in the chair and, leaning over the arm gets serious load on the spine.

GM crash tests have shown that the central airbag, revealing from the back of the chair into the space between the driver and front passenger, can significantly improve the protection of people. This equipment, unfortunately, have received only models for the U. S. market.

2013-05-28
John
Previous: UAE DUBAI Cop Cars
Next: Alfa Romeo has made a nice gift to fans of Giulietta, announcing about its limited edition