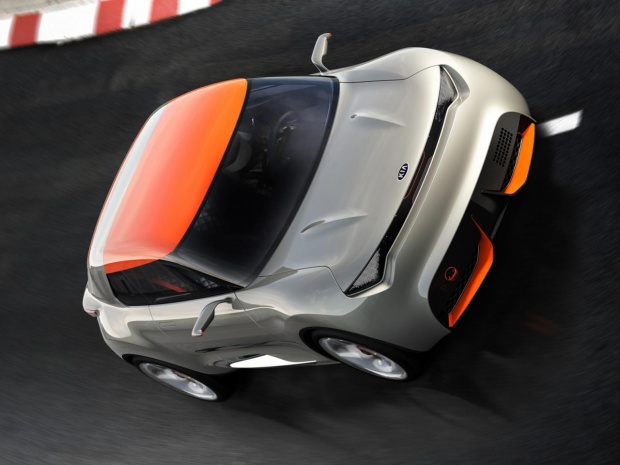 New competitive of Mini from Kia

Concept of KIA was presented at the Auto Show in Chicago. This three-door crossover with straight, flowing back over the contrast roof, air vents on the front wings and aft and 19-inch wheels. The basis of the concept – a crossover Soul.

In fact, a novelty – it’s powerful, “ultimate”, as written in the press release, version of Soul. Concept Track’ster is equipped four wheel drive and 2-liter 250-horsepower four-cylinder engine paired with a short-stroke six-speed manual gearbox. Brakes is made by Brembo, with 14-inch wheels.

Like some of its competitors, Korean “premium baby” has also two-tone design of the body: light gray, combined with an orange roof. Orange items can also be seen on the grille and wheels.

Although representatives of KIA vague talk about the prospects of the model, the car looks almost ready for series production. Perhaps the cars will not appear in stores, but will be available for show and demonstration races on the track, like Nissan Juke-R.