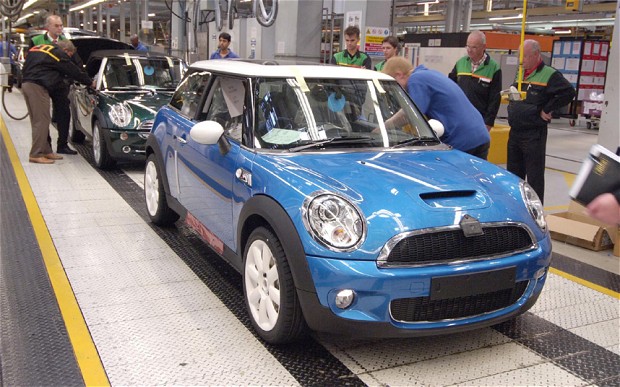 The Oxford Mini cars plant is one of the most respectable companies in UK and well known mass producer of original and comfortable small cars. And there is nothing strange as the plant successfully operates since 1913. Over the past 100 years, it produced more then 13 vehicles brands just in Oxford. Today, the company increases the volume of production and investment, as well as expands its market share. Mini plant is a “work home” of nearly 3,700 employees, which do all bests to manufacture 900 cars every day.

This year the company is celebrating its birthday – 100 years. The plant has issued its first model Morris Oxford 10HP in spring of 1913. Till these days, BMW Company uses Oxford plant to produce Mini Clubman, Convertible, Roadster, Coupe and Clubvan.

From the very beginning of the plant work, it has produced a lot of known today car brands, like: Mini, MG, Wolseley, Austin, Austin Healey, Riley, Vanden Plas, Triumph, Rover, Princess, Sterling and Honda, including the “native” brand of the plant (Morris) and Mini.

Summing up its activity, the company has shown in one of press releases its data for 100 years. Thus, Oxford Mini plant had produced 11.65 million vehicles of 14 different brands. All this would have been impossible without the famous William Morris, who organized the company Morris Motors in the early last century and made 30% of total exports of Great Britain.