Mercedes division of AMG intends to significantly increase its sales in the next four years. In 2017th the Company is going to sell for 30 thousand cars a year (in 2011, it sold 20 thousand units). First of all, the Germans plan to attract the attention of customers with 4 wheel drive.

New development strategy is called AMG Performance 50 (in honor of the upcoming 50th anniversary of the AMG). Until 2017, the company expanded its range of up to 30 cars. Germans have officially confirmed that all models of Mercedes AMG will be equipped a 4 wheel drive. True, completely abandon rear-drive versions marketers do not hurry – with AMG 4MATIC version will be called S-Model (as the new E63 AMG).

Recently it was introduced a new modification of Mercedes E63 AMG. The new model will be equipped with a full or only rear wheel drive. Top-end variant of the car is called the S-Model and will be installed under the hood of the engine, capable of delivering 585 “horses” power. With this unit Mercedes E63 AMG 2013 can accelerate from zero to “hundreds” in just 3.6 seconds. 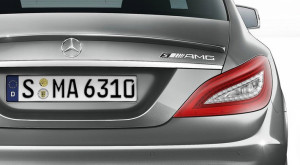 On the European car market “charged” E63 AMG German brand Mercedes-Benz with a 4 wheel wheel drive is going to appear in April 2013 and will compete with other cars novelties of 2013 in its class, and all-wheel drive and top-end versions will be available later, probably in June .

Besides, soon we will observe in sale Mercedes A45 AMG and CLA45 AMG. Both cars will have four-wheel drive by default. With next-Class AMG will also receive a brand transmission.

“We are going to expand a number of vehicles in the performance of AMG S-Model. Soon, all-wheel drive will appear on the coupe CLA63 AMG and wagon Shooting Brake”, – told Gerald Thater, a top manager of Mercedes-AMG.