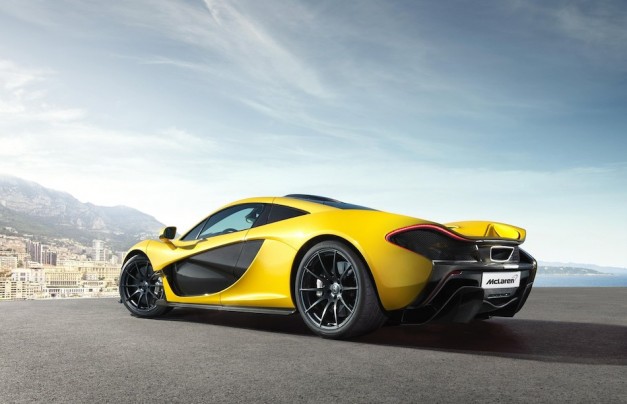 A new conceptual supercar McLaren P1 was demonstrated in autumn of 2012 in Paris. Now the company showed the car’s interior and announced specifications. The debut place of production version is chosen 83 exhibition in Geneva.

At this point P1 is a project in development, but it is also planning to release production version, which the company wants to launch the market for 12 months.

McLaren P1 has one and the main goal – to become the world’s best car for the road and track. Moreover, the car has all the necessary components of quality for this. The company claims about the performance of the power unit, excellent aerodynamics and low weight. Under light carbon body, hides interior, decorated in typical sports car minimalist style. But the driver of McLaren P1 will feel comfortable and cozy. The huge windshield provides excellent visibility.

The energy source of the long-awaited P1 McLaren supercar is a hybrid, developed capacity of 916 hp and a torque of 900 Nm. Gasoline engine twin-turbo V8 volume of 3.8 liters is paired with an electric motor. Normally, McLaren P1 emits about 200 grams of harmful emissions per kilometer, while driving on electric emissions completely nullified.

To curb the irrepressible energy of the movement, the manufacturer, together with his partner in Formula 1 – Akebono company, have an effective carbon-ceramic brake system of a new type, which has never been fitted with stock cars. In addition, McLaren P1 received special tires from Pirelli P Zero Corsas, designed specifically for it.

To preserve the status of exclusive, McLaren plans to release 375 supercar models of P1. The price of the new car starts with 866 thousand pounds.