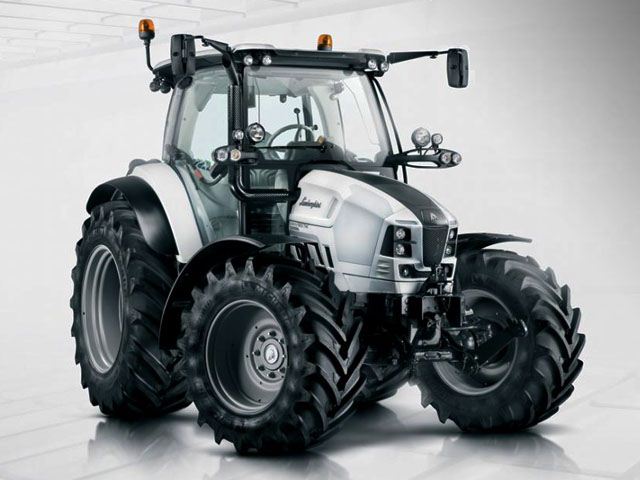 Every day the whole world is watching what’s new in Lamborghini supercars. But do not forget about the historical roots of the company. Lamborghini tractors are still manufactured and popular so far. Soon, the market will see new agricultural model – Nitro.The tractor has a spacious cabin with good visibility, which provides a large glass area. Style exterior is been developing by studio Giugiaro. In front lighting uses LED-elements. In the motion of the car is used conventional diesel “quartet” Deutz Tier 4i. As transmission is standard 5-step “mechanics” or the 3-band Powershift. The car will go on sale in the middle of this year.

All we know Lamborghini as Italian luxury sport car. And to understand what relationship Lamborghini has to tractors, we need to look at the history of their founder, Ferruccio Lamborghini.

Ferruccio Lamborghini was born in 1916 in the Italian village Renazzo di Cento. After the Second World War, he returned to his homeland with a huge desire to manufacture agricultural cars. Thus, appeared his first tractor, made by his own hands of parts of the military equipment, abandoned by American soldiers in 1948. In 1949, he founded Lamborghini Trattori SpA. The Company, which began mass production of tractors.

Offended, Lamborghini decided to “create Ferrari, but better than the Ferrari.” So, in 1963, there appeared a well-known sport car manufacturer – Automobili Ferruccio Lamborghini SpA.