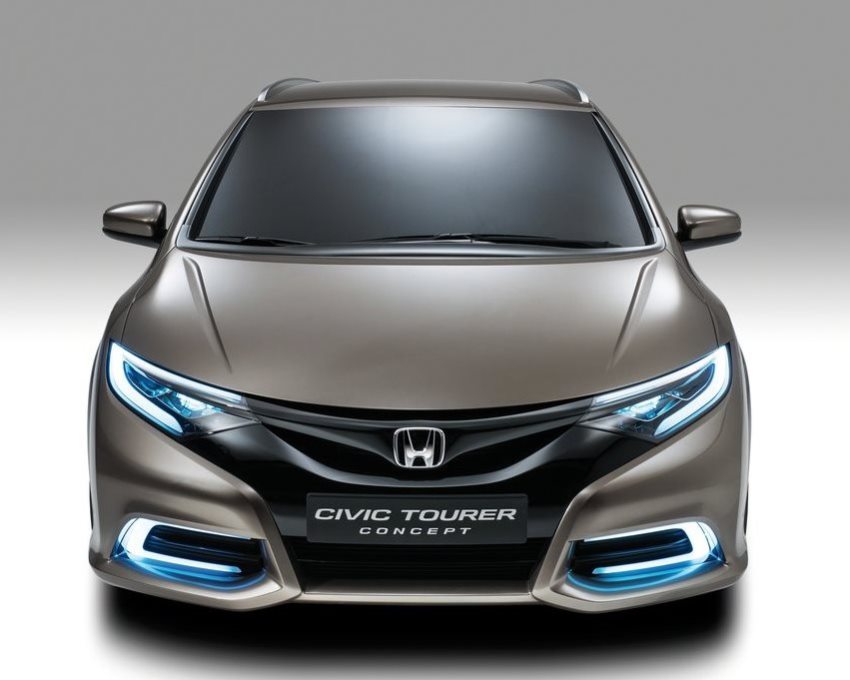 Honda issued a picture of its new “Civic” in station wagon. Cargo version with a 120 horse engine will debut tomorrow in Geneva.

The public interest in the novelty of the Geneva Motor Show is readily heated with catchy photos – a standard practice. The new Honda Civic Tourer is shown only outside, but it can be argued that this is one of the most unusual estate cars. Mixing the line of coupe with utilitarian “wagons” proportions, Honda was able to get a kind of five-door “Shooting Break” – a smooth coupe with a bunch of doors.

It should be noted that the CR-V will be the second model after the hatchback Honda Civic, which will have a new diesel engine 1.6 i-DTEC of series Earth Dreams Technology in autumn 2013. Emissions CO2 – 119 g / km makes this model one of the most environmentally friendly and cost-efficient in the SUV segment. In Europe, the model CR-V 1.6 i-DTEC will be available with front-wheel drive and a manual transmission in the autumn of 2013.

On a motor show, the latest version of NSX Concept held its European debut, which demonstrated the direction of the car design. Externally, the concept remains true to the original style, including a low-slung and dynamic proportions.

In manufacturing of the new Honda car are used the most modern technologies. Testing of Honda Civic estate car will begin in Europe in 2013.