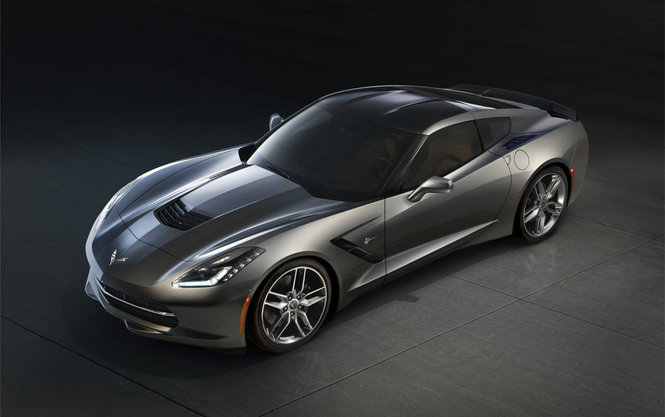 In anticipation of the premiere of the open version of the supercar Chevrolet Corvette Stingray at Geneva, Motor Concern GM declassified appearance of the new car.

The automaker has spread only two pictures of Corvette Stingray Convertible in halfsection. On one of them the model is shown with the hood, and the second – soft roof of the supercar tucked away in a special compartment.

Representatives of GM had previously said that they were going to do truly new global model. It is expected that the Geneva debut will contribute to sales growth of Corvette coupe and cabriolet in Europe. In addition, Geneva has already been the premiere place of open sixth-generation Corvette in 2004.

Under the hood will be installed 6.2-liter V8 LT1 engine compartment capacity of 450 hp (610 Nm), working together with a 7-speed manual transmission or a six-speed “automatic”.

Corvette Stingray price has not been announced yet. Production of Corvette coupe will be launched in August, and cabriolet – three months later.