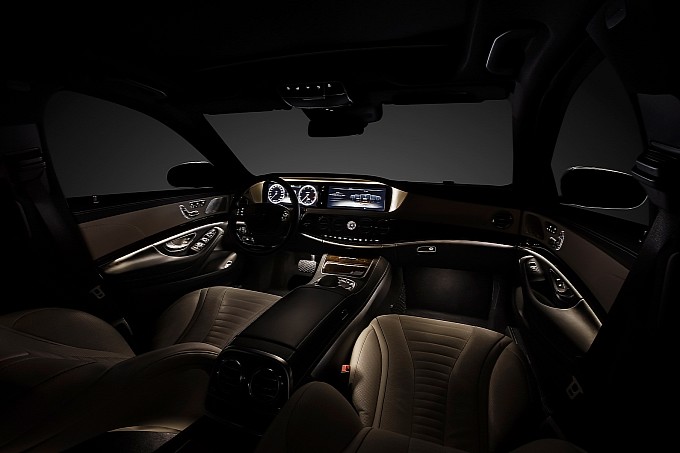 Germans showed the interior of the new Mercedes S-Class sedan

While car enthusiasts from around the world are frozen on the first pictures of the new exterior of Mercedes S-Class, the press center of Daimler sent reporters official images of the interior of a luxury sedan.

Overall, the new interior style of the car repeats its predecessor. The key point is in the line “dashboard – multimedia system,” which consists of two 12.3-inch screens. Such design visually emphasizes the width of interior and allows the driver to choose his own “theme” of design, more comfortable for the eye.

According to the press service of the company, for the fifth generation multimedia system Comand Online Daimler programmers wrote more than 30 million lines of code. The most luxurious Mercedes got automatic air flavoring (four flavors will be available). Inside, there will be 156 buttons.

The manufacturer emphasizes that the new entertainment system is powered by a dual-core Intel processors and supports three-dimensional maps of Google. The dominant materials in S-Class are aluminum, fine wood and leather. Brightness of the light and the color can be changed. Sedan buyers can order a powerful audio system and climate control with air ionizer.

Certainly, the basic features of the new car will have heating of the seats. In addition, door panels and armrests are also heated.

More information about the car we will get to know on May 15, claims Daimler.

sent reporters official images of the interior of a luxury sedan.