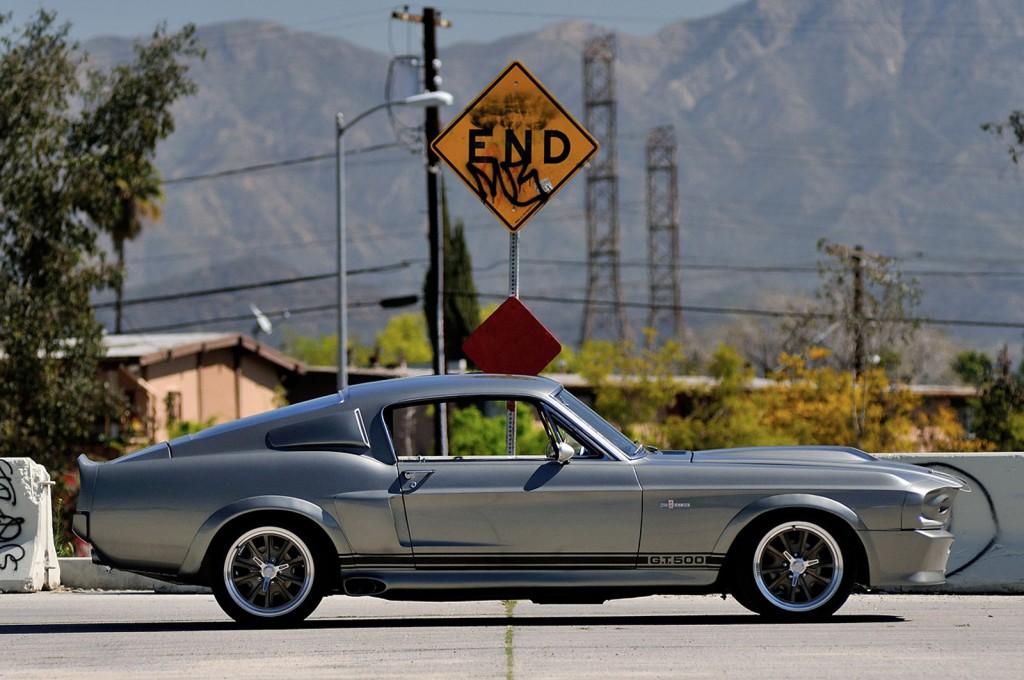 Ford Mustang, who starred in the movie “Gone in Sixty Seconds“, is one of the world’s most famous cars, appearing on television screens.

The main star of the blockbuster – Shelby GT500 1967 – will be put up for auction. The film casting involved several “Mustang” cars, but lead actor Nicolas Cage during filming drove exactly this “Eleanor.”

Tuning “Mustang”, which the protagonist has appropriated the name Eleanor – one of the most recognized muscle cars in history. First, this name appeared in 1974, when it was shot the very first film “Gone in Sixty Seconds”, but designed for remake of the 2000 muscle car has almost nothing in common with that Eleanor.

But, the main role of modern car’s version of the movie “Gone in Sixty Seconds” has played sports car, manufactured by the Hollywood Cinema Vehicle Service and tuning studio Chip Foose. Shelby Mustang GT500 got a new look front end with additional optics and aggressive hood, flared wheel arches, new air intakes and a massive door sills. All alternative parts are made of plastic.

Changes in the interior are much less – by and large, it has remained a classic one.

The famous sports car will be sold on May 18 at a specialized auction Mecum’s Spring Classic in Indianapolis. How much creators of the legend are planning to get of its sale, is not specified.

2013-04-07
John
Previous: Photos of new Mini Cooper hatchback interior
Next: The Japanese began to work on a new Mitsubishi Galant