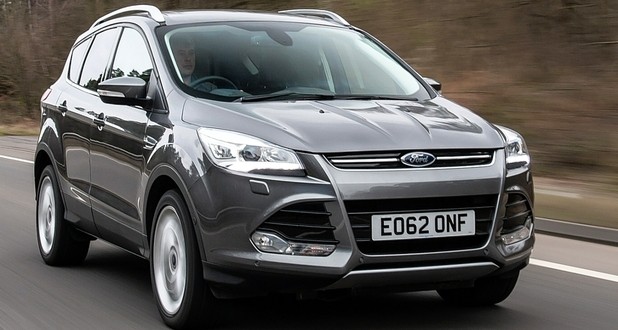 The Ford Kuga is a small SUV recently launched by Ford to compete against the Chevy Captiva and the VW Tiguan and I had the opportunity to drive the 1.6 turbocharged EcoBoost. What does suv stand for? – SUV means Sports Utility Vehicle.

At first glance the Kuga has an aggressive look, the big grill and bulges on the bonnet; the Kuga is really a head turner making it stand out against its competitors. Personally I think Ford gave the Kuga a sense of individualism in a market where most cars look the same.

With ample boot space as well as leg room, the Kuga is very spacious. The interior is stylish and doesn’t give you that cheap plastic feel that so many other SUV’s do. The on board computer system on the dashboard looks like something out of a space movie. I must say that at first it took me 10 minutes to figure out how to turn the volume down on the radio.

After playing with the control panel for a bit, it became easy to use and getting my phone to link to the Kuga only took a minute. The Kuga comes out with every gadget you would expect from a luxury SUV from heated seats to Blue-tooth.

Driving the Kuga is a pleasure, the steering is responsive and with the all-wheel drive, the Kuga is amazingly agile for its size. Now I am not the kind of person that would take it on a 4×4 track but I am sure the ground clearance is good enough for the yuppies to climb pavements. The most surprising part for me was the performance of the 1.6 turbocharged motor. At first I thought that I would have to drive it really hard to get somewhere but after the first drive, I had to make sure it was the 1.6 as with the turbocharged motor, it is great at overtaking on long roads.

All in all, the Ford Kuga really surprised me as it’s got the looks of a Pit Bull along with the fuel consumption of a long haired hippy and to me that is a good combination and really worth a test drive. It also comes with a price tag that doesn’t kill the bank and it’s pretty good value for money.