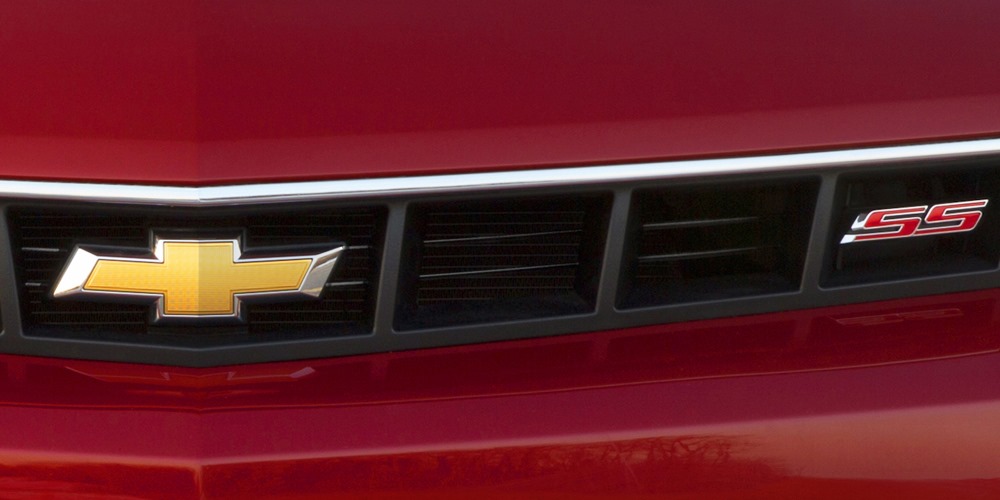 Introduced as a novelty of 2010 model year, Chevrolet Camaro lived up to the planned restyling. And to whet interest in its future new product, the company has published the first teaser of the model.

The car will be shown to visitors at New York showroom at the end of this month. Representatives of the brand promise, that the current update will be the most significant for the car.

On a single photo is captured a part of the upgraded radiator grille with chrome trim strip and painted in red “SS“. It is expected that designers also tweaked the style front and rear bumpers, head optics and worked on the interior of the two-door model Chevrolet Camaro.

Some sport car features will be also restyled. As suggested by the publication of WCF, in the range of engines will be atmospheric V-shaped “8” LS7 volume of 7.0 liters and 3.6-liter V6 twin turbo, which will also be installed on a new generation of Cadillac CTS.