Home / Interesting / What Is Dry Sump? 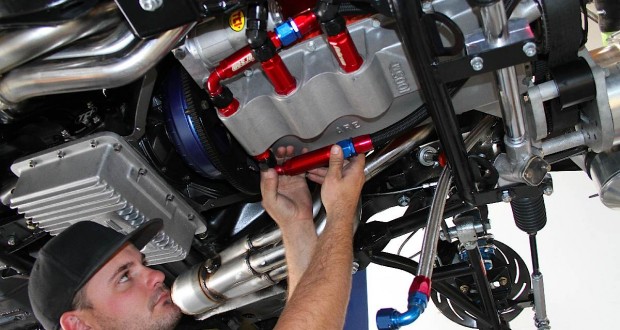 What Is Dry Sump?

Dry sump is a terminology used to define an engine system that does not rely on an oil tank that resides right beneath the crank shaft. In such engine systems, the engine oil that lubricates and runs the engine is stored in an entirely separate place. This is where the phrase dry sump is derived from. It is important to also note that there is a wet sump engine system which is the one that has been so common in most of the existing and old fashioned vehicles. Many car makers are however changing to dry sump systems because it gives the designers enough room beneath the crank shaft to actually design a better performing engine mechanism. 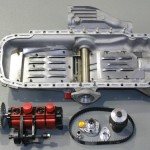 There are several advantages of a dry sump oil pump. The most common one is that you do not have to squeeze the engine mechanism and combustion chambers so much just to create room for an oil tank underneath. Instead, the oil tank can be positioned anywhere else within the vehicle including even in the trunk as long as there are pipes that can bring that oil into the engine and back to the tank as at when it is required. Given that the pistons do not have to mix in this oil when the vehicle is not running, such oil also stays clean for longer and this enhances engine performance while also lowering running costs of such vehicles as compared to the wet sump technology.

When you look at the performance of the dry sump vs wet sump engine systems, the dry sump is becoming increasingly popular for some reasons. For starters, manufacturers want to design better cars that consume less fuel and little space in the hood. To make this realistic, they need to eliminate the oil tank that traditionally occupied too much space in the hood for no good reason. A dry sump oil pump naturally lasts longer and is easier to service and repair when it develops a problem. This is because you can easily do it without having to open up the engine to remove the pistons and head gaskets.

A vehicle that uses dry sump oil pump can last longer is properly use as compared to a wet sump oil pump. The positioning of the wet sump oil tank is also a potential disaster. This is because it was positioned underneath the engine block. This exposes it to the ground and any vehicle getting into the rough roads without enough clearing risks damaging the oil sump. This can result in over heating of the engine.