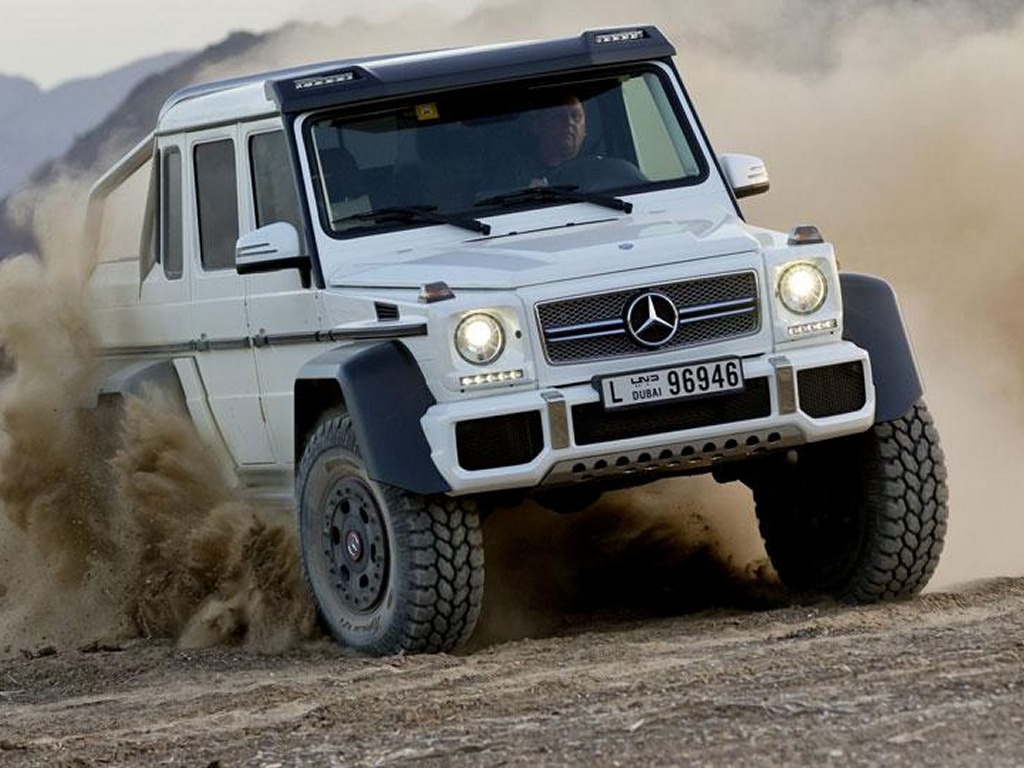 The largest and probably the most extreme of all SUVs manufactured by Mercedes-Benz and not only, is “crazy” 536-hp G63 AMG with six-wheel formula 6×6.

Limited production of the SUV will begin this fall on the Magna Steyr plant in Graz (Austria). This colossal pickup began its life as a six-wheeled, army G320 CDI version, designed for the Australian Army, where it is successfully serving since 2011.

“Plush” civilian version with leather trim, is designed for the most wealthy and expansive clients of Mercedes-Benz. SUV comes with a four-seater cabin, six-wheel drive, reduction gear, five differential lock control systems and a standard set of tires for 37-inch wheels.

The cost of the car is not reported, but the head of G-class development, Axel Harris suggests that the G63 AMG 6×6 will be the second most expensive model of Mercedes-Benz after the new SLS Electric Drive with a price of $ 457.000 (350,000 euros). The official start of sales is scheduled for October.

In contrast to the military version, equipped with 3.0-liter diesel V6 Mercedes-Benz, civil G63 AMG 6×6 received two turbocharged 5.5-liter V8 engine with 536 hp. Substantial torque of 759 Nm is critically important for the movement of a pickup truck with equipment weighing of 3.775 kg.

In general, everything in this pickup affects its huge scales, including those not listed, but it has predicted value, except perhaps one, Mercedes-Benz estimates potential sales of pickup in 20-30 cars per year.