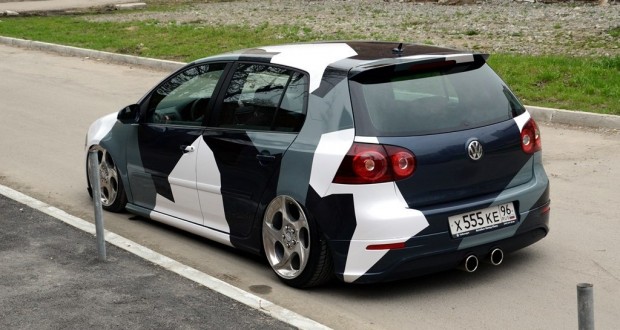 Antony, owner of the car loves vinyl style like camo wrap. The road to the “big” city is not the best but have to go every day, so, feel the full beauty of a spiral suspension, the decision was made to move to the “air”. But this compromise is not in full, but only really in critical situations, where shuffles tolerated pneuma remains rideable in the lowest position.

How came the idea of camo wrapping? According to Antony, everything is quite simple, when upon a time, when he still went to the spiral suspension, reeling at 100 km of national roads every day, for 1.5 seasons, rear arches started to get tired, chipped the bumper appeared more and more deeply. At first he had them close up, tint, and then I thought, but what tormented, why not try a film full of money on repainting still do not, well, here’s a film there. Why the “Camo”? It’s all in your own car color, dark blue graphite, it was adopted as the base, then a combination born. A good seemed «NAVY», then everything moved to the colors AIRFORCE. 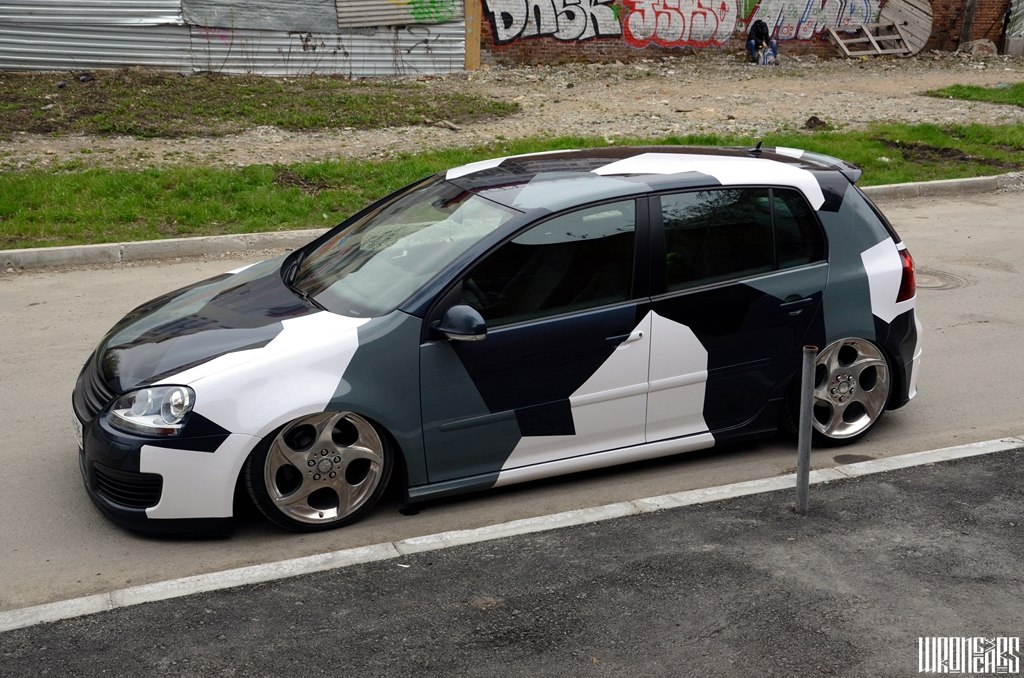 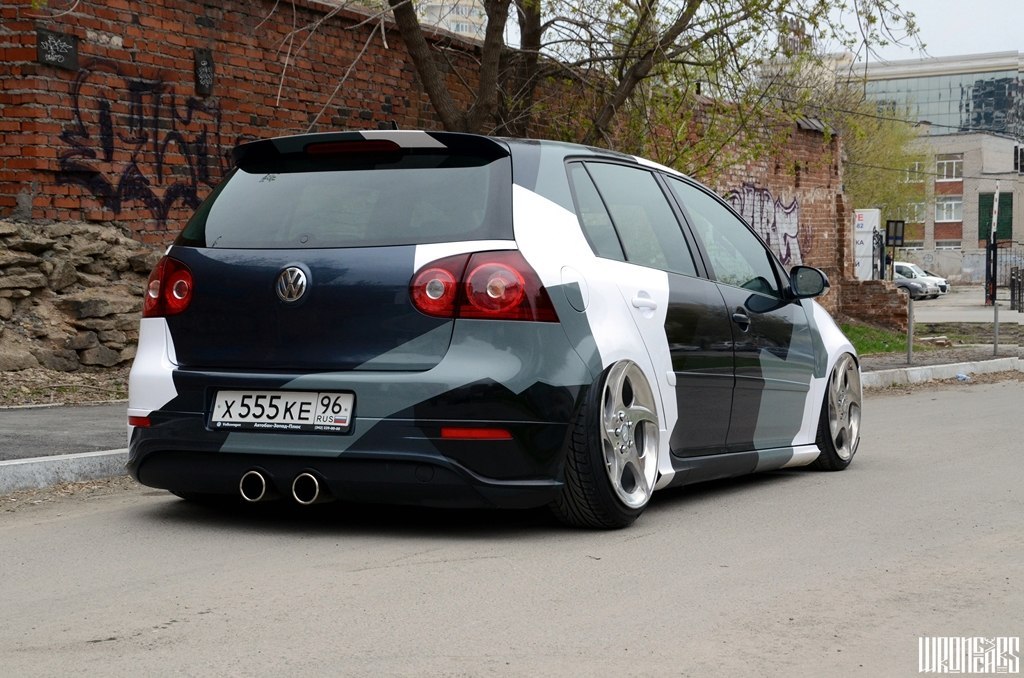 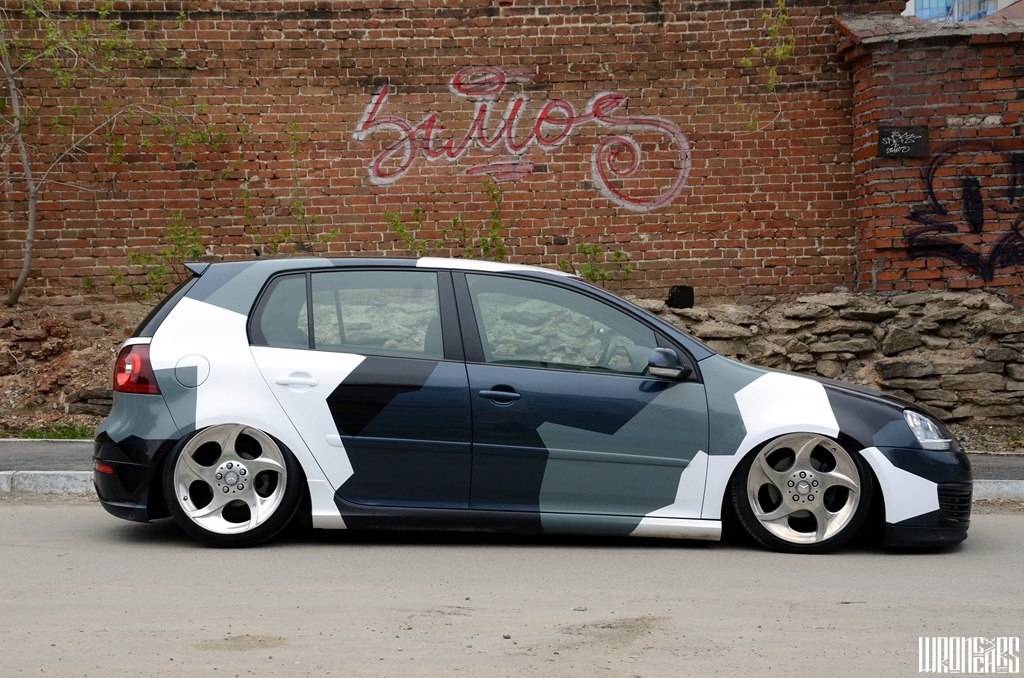 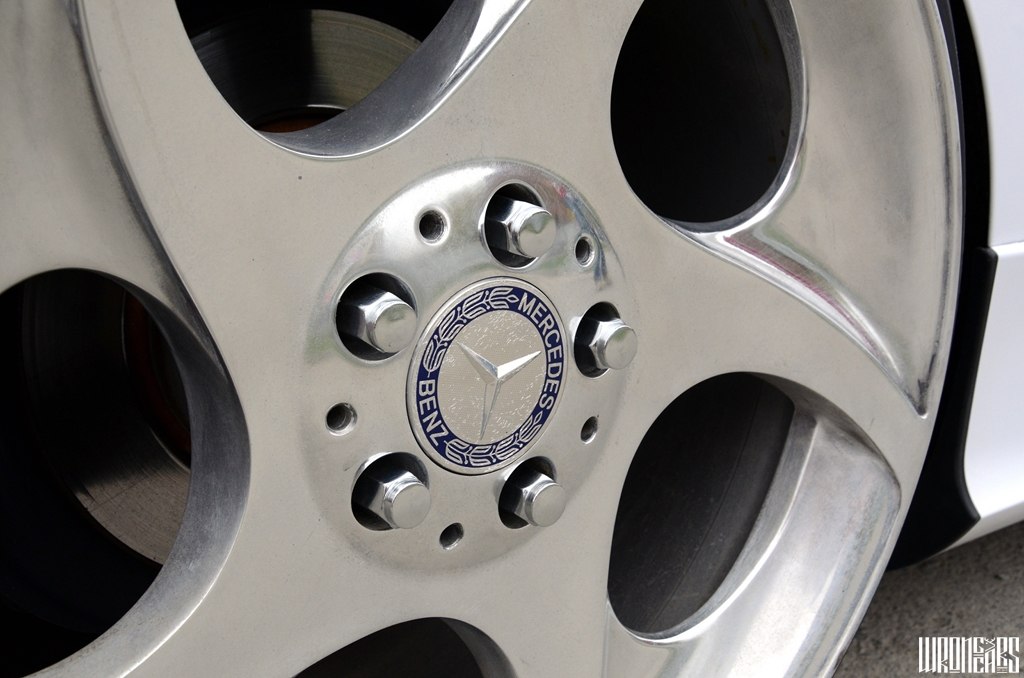 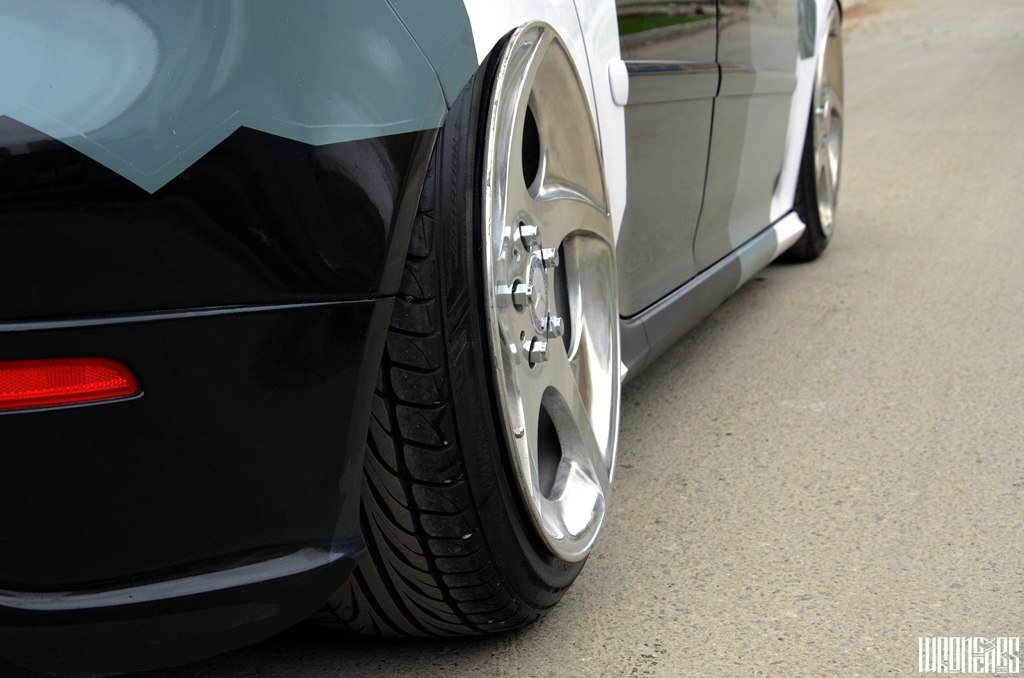 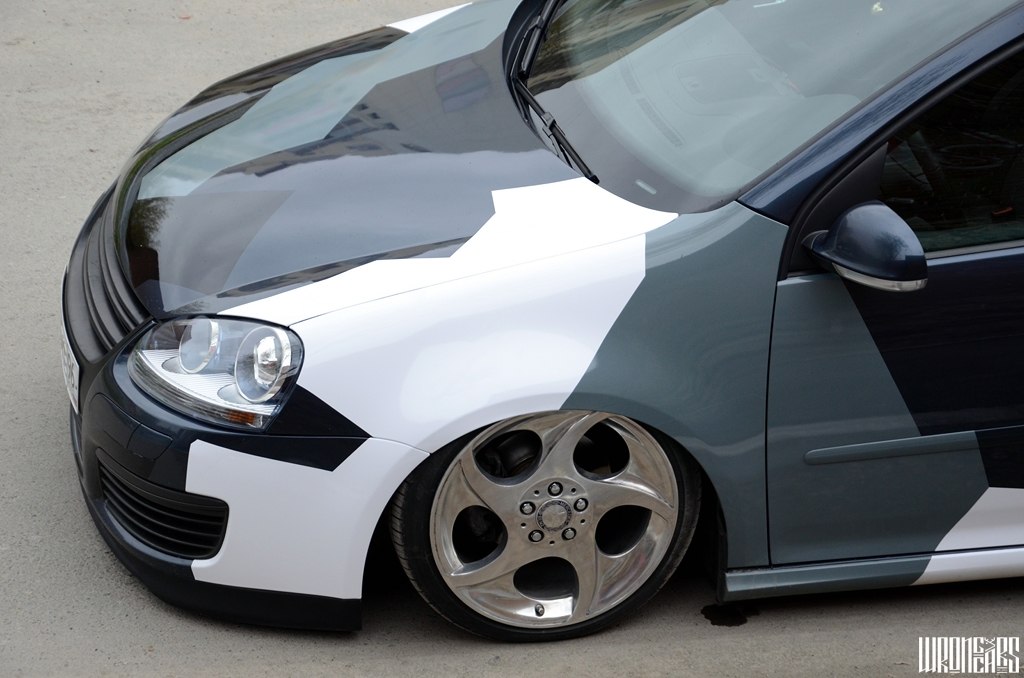 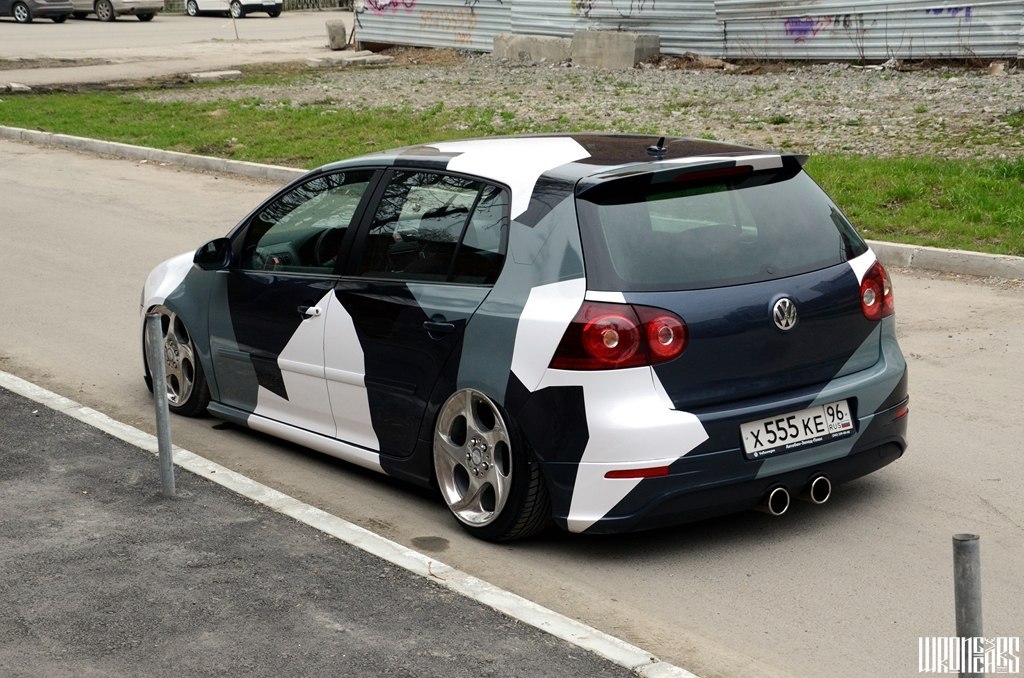 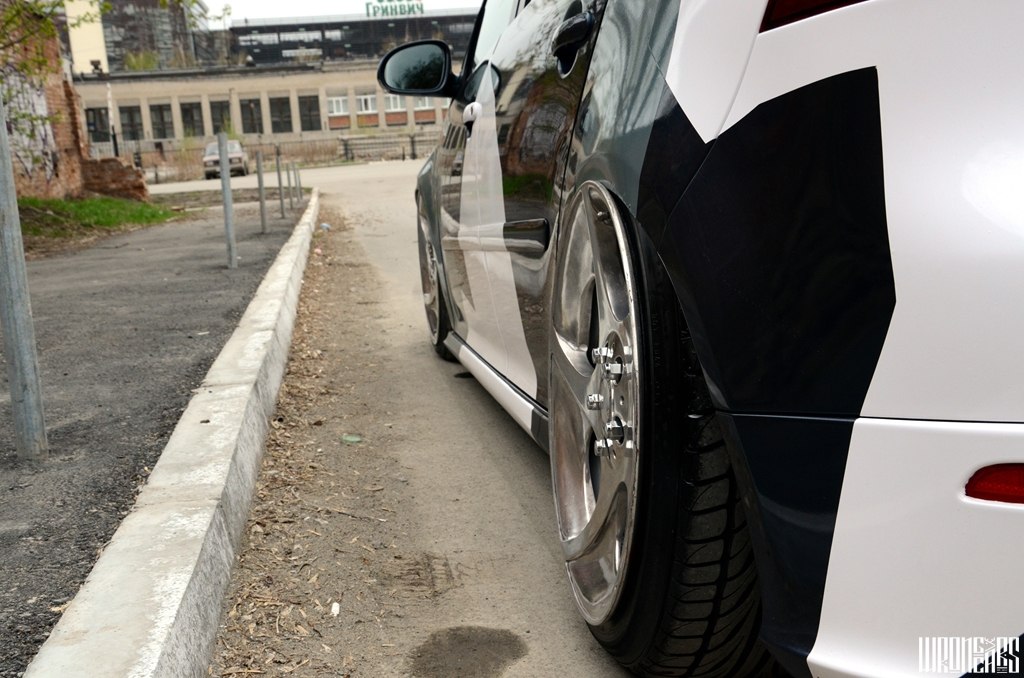 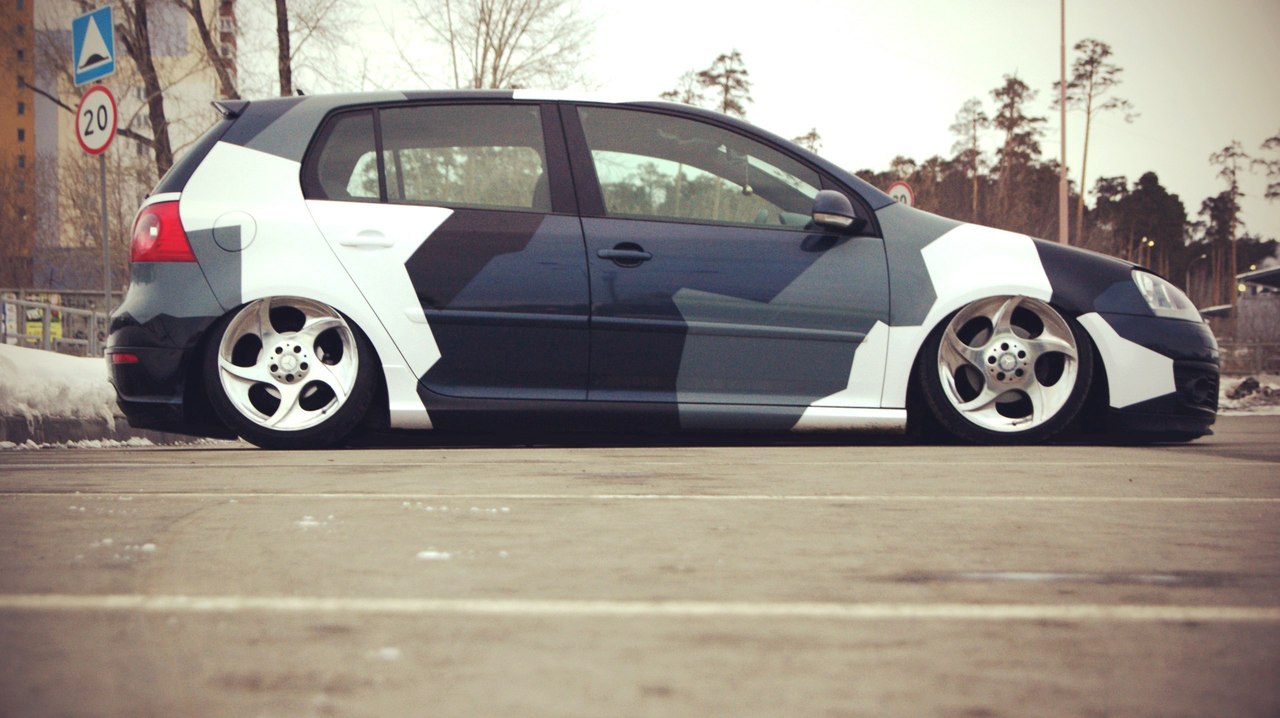 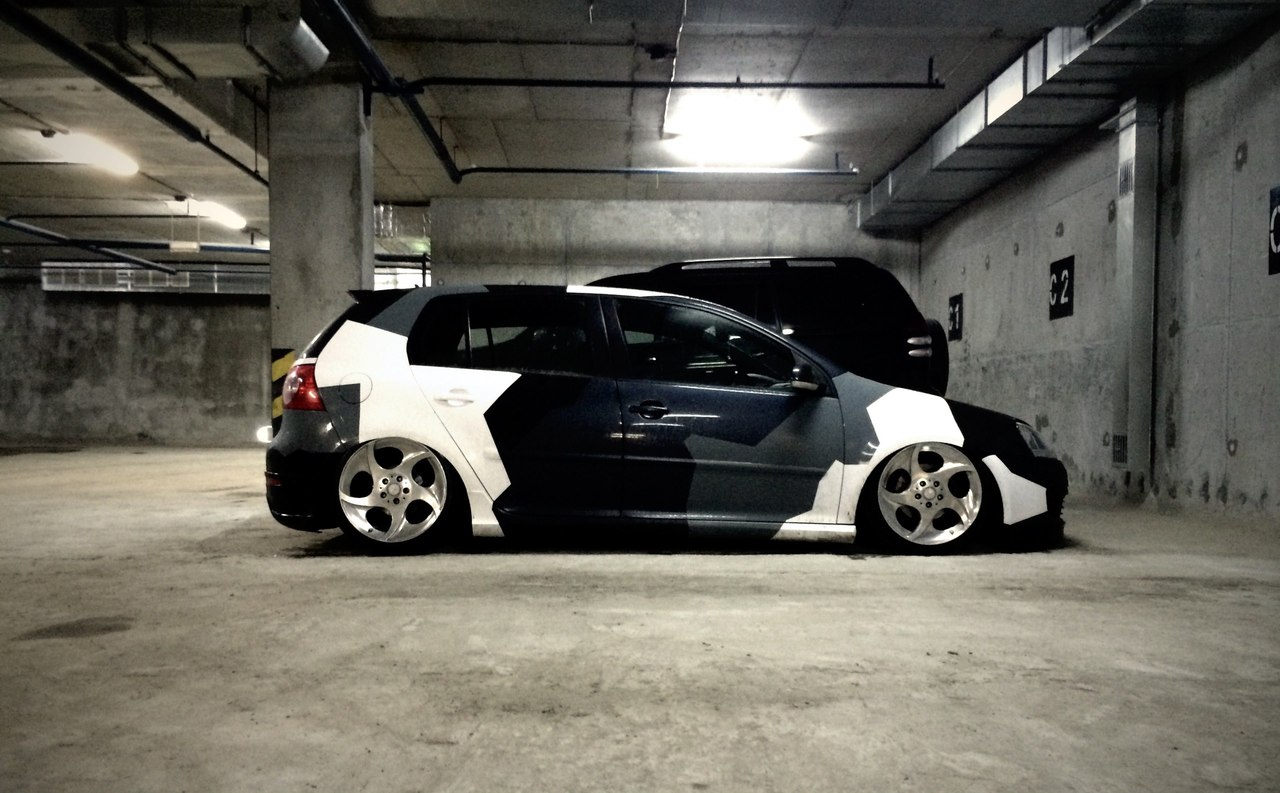 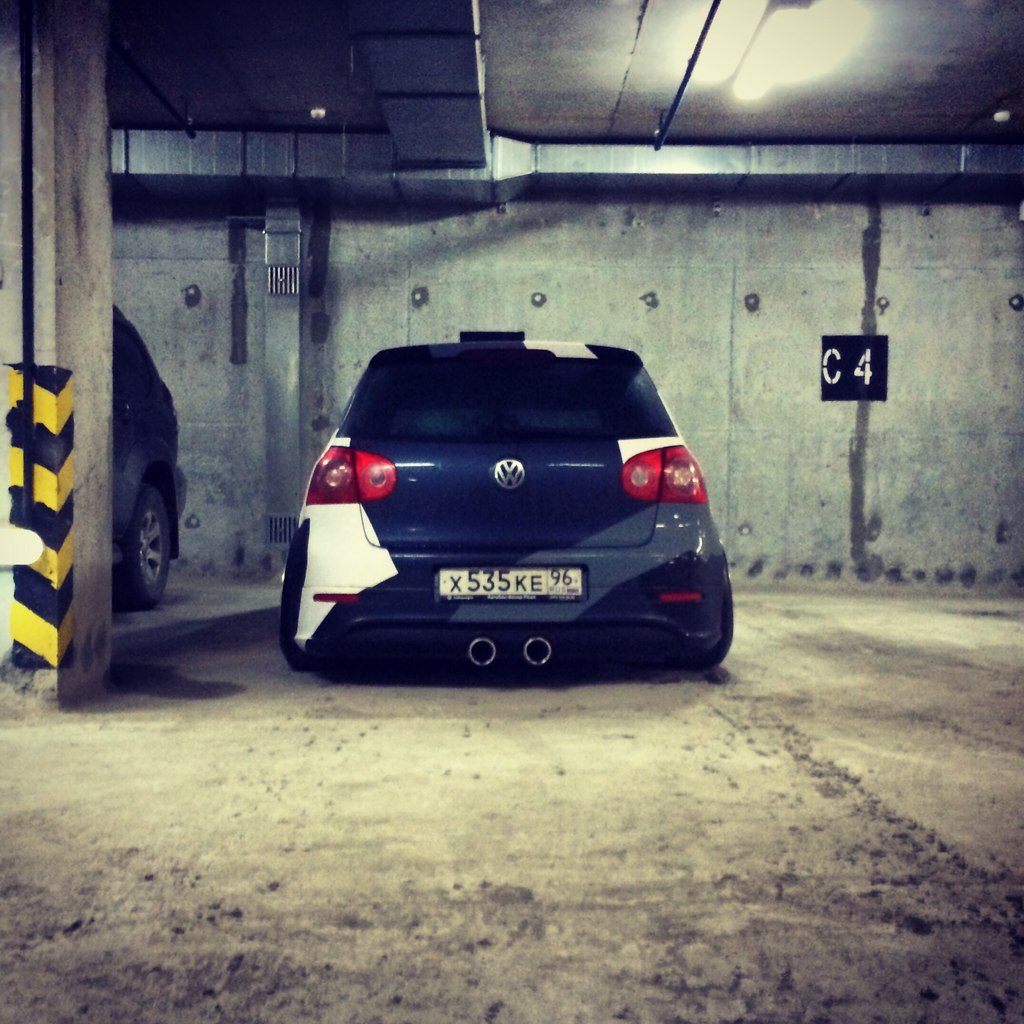 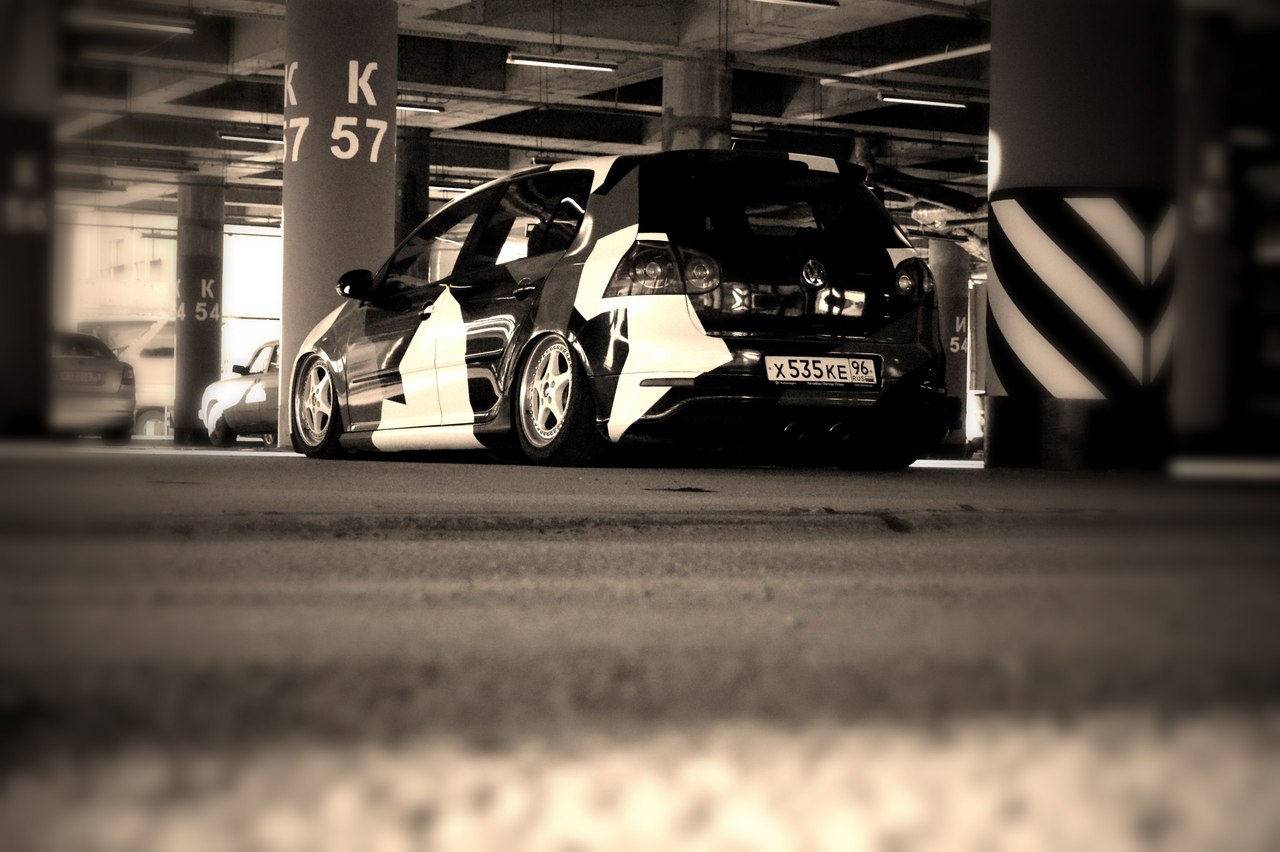 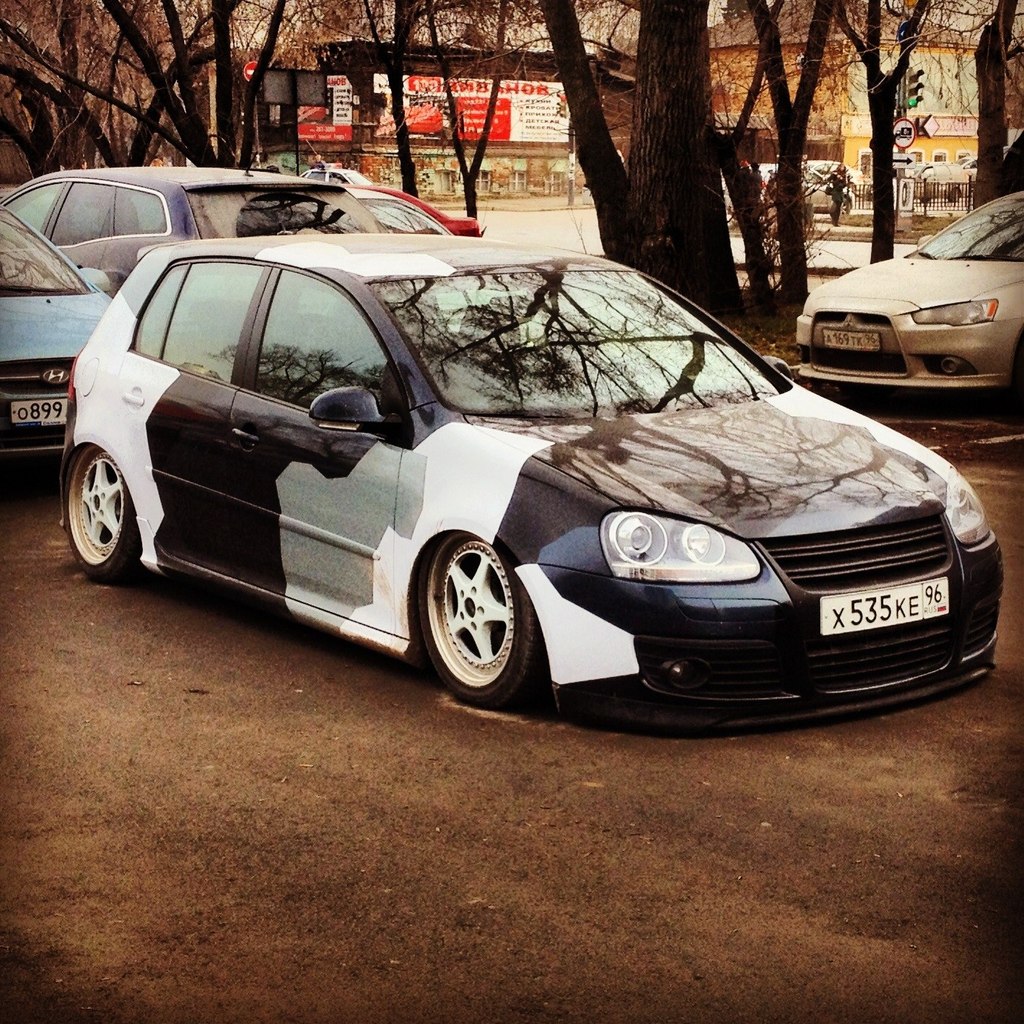 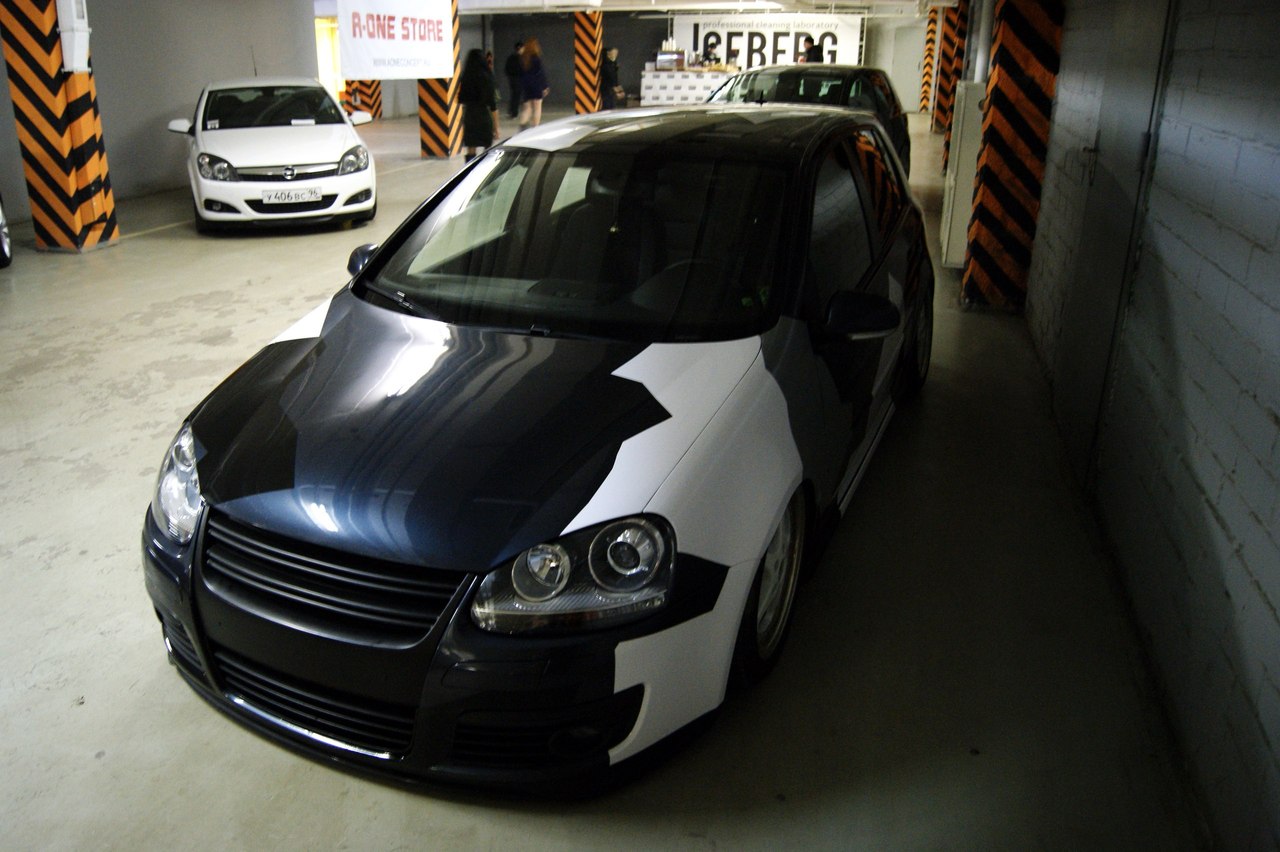 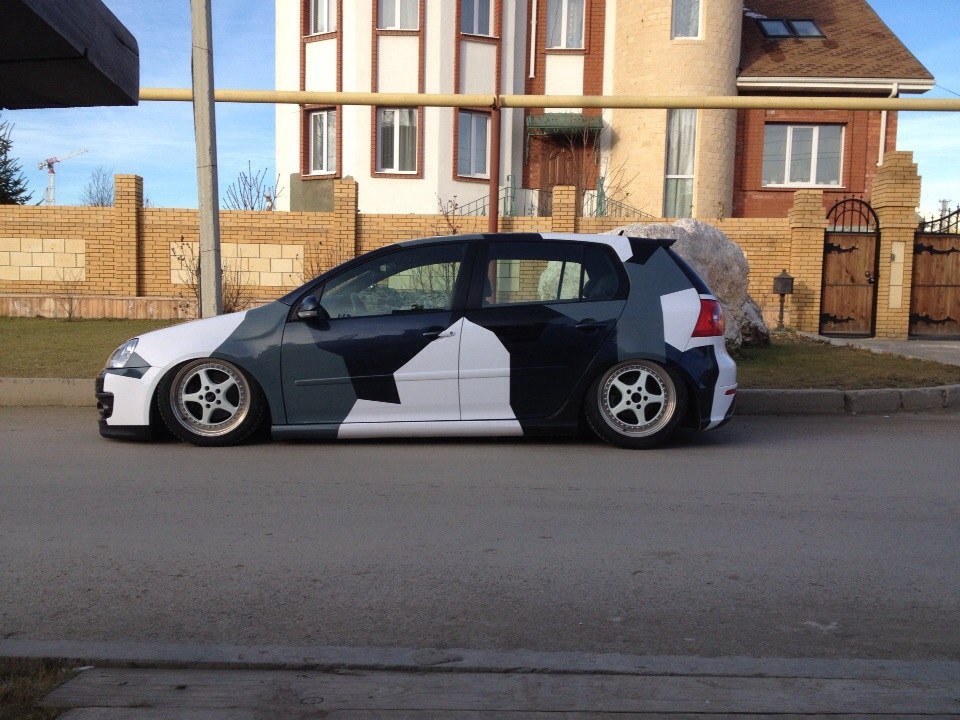 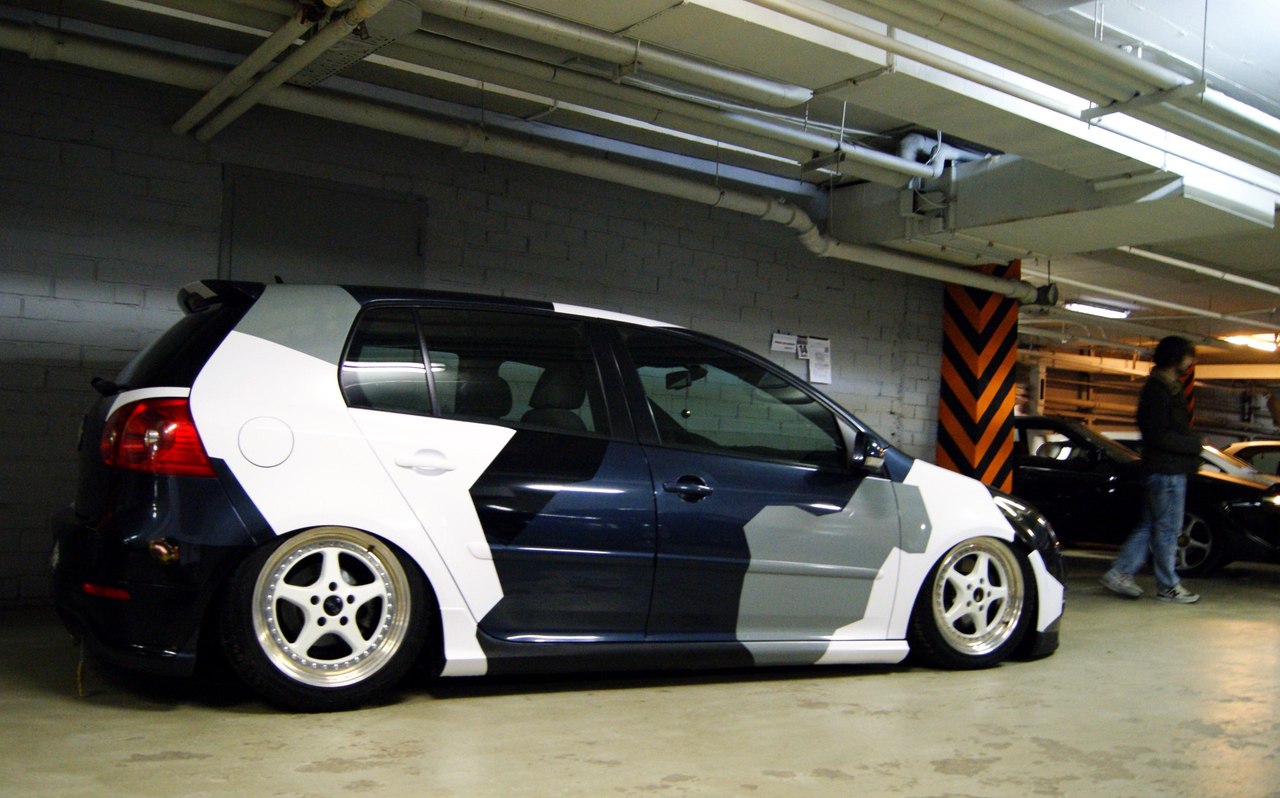 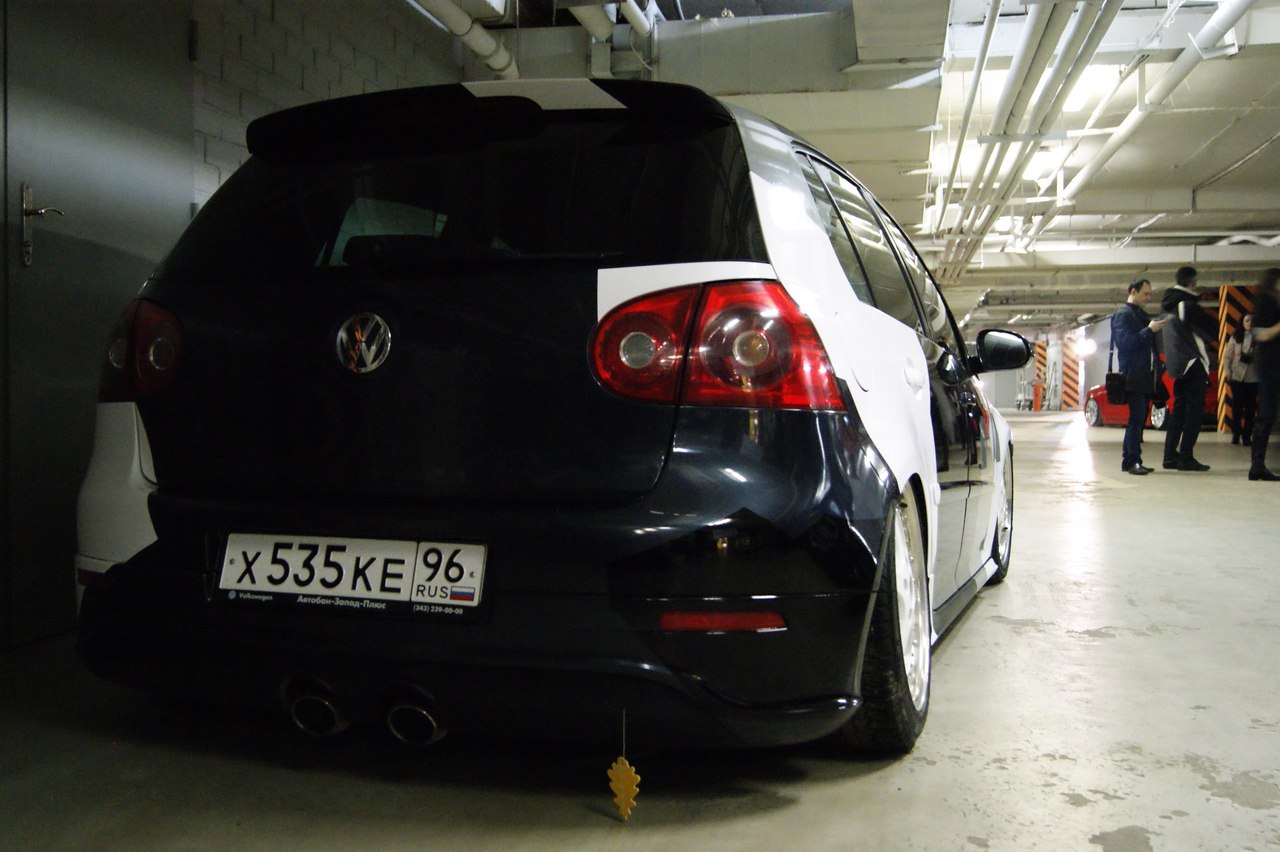