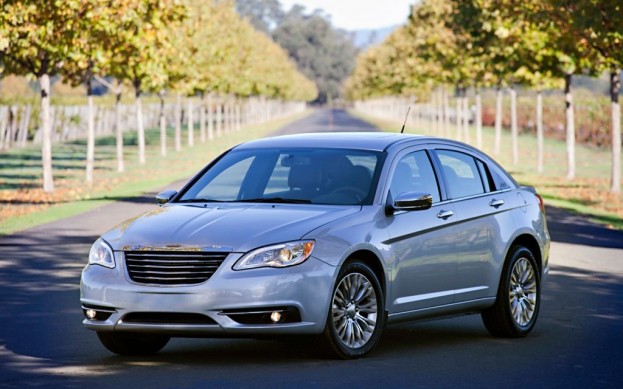 Many people remember the day when Chrysler introduced 2011 model year, the luxury midsize sedan – Chrysler 200. In fact it was the renaming and slightly modified Sebring. Now, the company is working on its replacement.

The new 200 sedan is redesigned from the wheels to the roof, will be presented early next year at the Detroit Auto Show 2014. About changes in the power unit, while is known a little bit, but the main is that the car will share a new 9-speed automatic transmission with the expected Jeep Cherokee. The company promises to significantly improve efficiency, 6.2 liters per 100 kilometers on the highway, which is quite a decent figure for mid-sized sedan. Fuel consumption of a new car is like a Dodge Dart.

It is expected that received from Fiat platform will not impersonal the car, crushing its Chrysler’s features.

The new sedan has caused heated discussions in the expert community. There are rumors that the next 200 will make a revolution in the design of Chrysler. While it is not known how it will look like, but all Chrysler customers hope that it will provide them with a decent selection of mid-range cars.