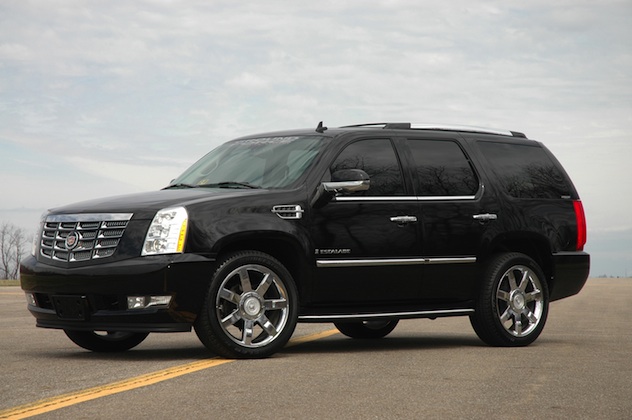 The chairman of Cadillac has decided to discontinue manufacturing of Escalade EXT pickup truck after the change of model generation. According to the site Leftlane, the car is very poorly marketed in the U.S. and can not make a proper competition to other expensive vans.

In June this year, only 1159 Escalade pickups were sold in the U.S. market, while in the same month the usual version of the SUV and its long wheelbase modification have been sold in 5677 and 3827 copies, respectively.

Next-generation of Cadillac Escalade debuted on the market in the spring of 2014 and will be presented only in five-door version.

Earlier, the automaker stopped assembly of “twin brother” Escalade EXT – Chevrolet Avalanche. Completion of its release was noted the special limited modification under the name Black Diamond, but in the case of the Cadillac that does not happen. Escalade just taken off the assembly line by the end of the summer.

In addition, the Americans refused to release hybrid versions of Chevrolet Tahoe SUV and GMC Yukon. These cars are selling well in the petrol version, but the hybrid modifications are implemented very poorly.

The current Escalade SUV will be available until the spring of next year, when the market will update the model. The model will get another salon and revised chassis.