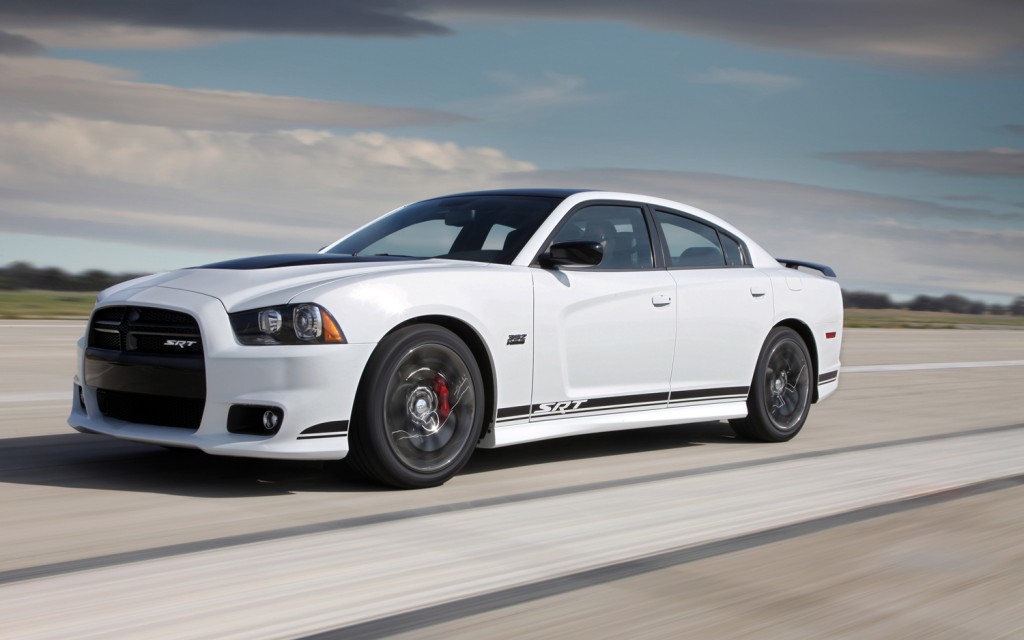 At the annual spring festival in Irvine (USA, California) an American company Dodge conducted the premiere of “charged” version of the sedan Charger SRT 392. At the result, there will be released 392 models of the same car (hence the name of special version).

Novelty has gotten a pack of improvements “Appearance”. Instead of regular modifications Charger new car will have a black grille, different rear view mirrors and black disks, as well as new spoiler and diffuser (all parts are black). Moreover, the side of the car will be ornamented black stripes and SRT symbols, suiting great with Black Vapor Chrome wheels.

According to the head of Dodge SRT Design Mark Trostle: “When we bring the old muscular cars, we think of the matte black accents. But we decided to go the other way, designing the new Charger: instead of a black hood, we painted just a little part of it. We also decided to use a glossy color, not the classic matte”.

Well, these versions will be the hit of this year car season and probably bring the company rather good profit.

Production of 392 models of Dodge Charger SRT will start this year.