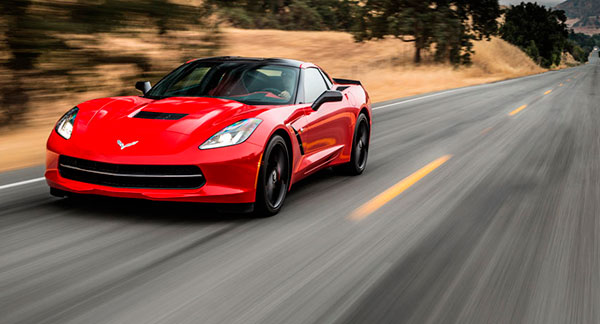 GM manufactures more than a million Gen-V V-Bs for its cars and trucks each year at three North American plants. All these engines have modem aluminum construction. direct injection, and variable cam timing. While the Corvette’s 6-2-liter LT1 version has spedal features, such as headertike exhaust manifolds and (optional) dry sump lubrication, its architecture fa common to the Gen-V family, enabling huge economies of scale.

By Gin’s measurements, the LT1 is 40 pounds lighter and 4.3 riches shorter in heigfit than BMW’s twin-turbo DOHC 4.4-liter V-8. which produces comparable power and torque. The LTfs oft-disparaged pushrod valvetrain saves more than 150 parts and significant cost. Figure on more than $25 saved on valves alone for each LT1 engine.

To slip a fcfit and stiff aliminum space frame under all 2014 Corvettes instead of just the elite Z06 and ZR1 editions. GM moved the construction of that vital part in-house. A new, $52 rnilSon line at the Corvette plant in Bowling Green. Kentucky, uses robots and automated laser welding to nearly eliminate the human aspect from this phase of the manufacturing process.

To reduce the oast and complexity of maintaining every last Corvette pert in inventory, Chevrolet hired Brembo to build C7 comer modules for jusbin-triie defy-ery to Bowling Green. Brembo gathers these subessem-bles- including the suspension knuddes. wheel hubs, brakes, speed sensors, and oilier parts in the Corvette’s wheel wefc~and delivers them to the plant in batches of four modules per ca. But this is one cost savings . that’s not exclusive to Corvette Brembo has been supplying Aston Martri, Ferrari, and Porsche Wth corner modules or years. -Oan Sherman

verycool 2014-04-02
John
Previous: Opel Manta A
Next: What are exhaust headers and why are they so important?