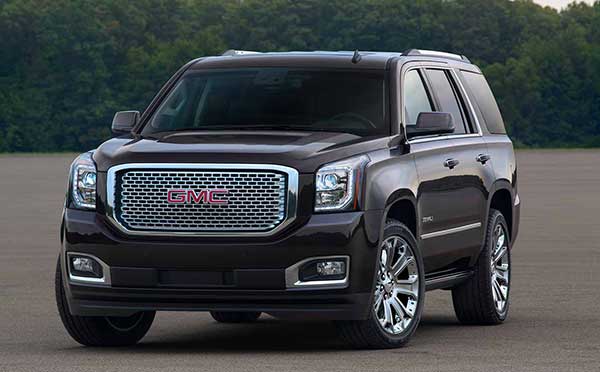 The Yukon Denali sports a 6.2-liter EcoTec3 V8 engine that produces a whopping 420 horse power. The torque, at 450 lb-ft, is no less powerful. The SUV brags modern technology that was absent in previous models. The new model has direct injection feature and cylinder deactivation mode. It also has an advanced combustion system. The continuously variable valve timing is another engineering feat in the 2015 GMC Yukon Denali SUV. Recommended Reading What does suv stand for in another our material.

According to GMC, the all-new Yukon will come in a V8 model with a 5.3-liter engine also. The assembly plant for the new Yukon series will be Arlington, Texas. The SUV will hit the dealers in Q1 2014.

The new SUV from GMC offers better storage and convenience. The second and third-row seats can be folded flat. Passengers sitting in the second row will have more room (approximately 2 inches). This also means easier entry and exit. The cargo management system on the new Yukon Denali has been improved.

The rear lift gate allows multiple programmable height settings. The touch screen radio and customizable driver display add to the user-friendly features of the 2015 GMC Yukon Denali. The SUV understands your requirements. Therefore, it offers multiple USB ports. In addition, the SUV houses SD slots and power outlets. For example, it has a three-prong outlet with power input 110V, that supports a number of electronic devices.

The rear-seat entertainment system is well taken care of. There are Blu-ray and DVD options and dual screens on the XL model of the Yukon. Other features such as key-less entry and push-button start are worth mentioning as well.