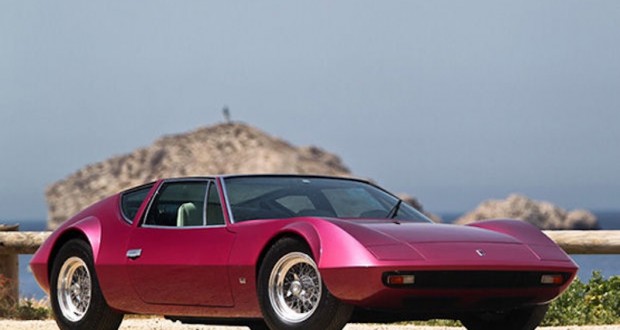 In the class of prototype cars, the 1970 Monteverdi Hai 450 SS is nearly one of a kind. At the Geneva auto show in 1970, the Monteverdi was introduced as a competitor for Lamborghini, Ferrari and Maserati. With a magenta body, it had a V8 engine from Chrysler, which was set between the front seats of the car. The Hai name comes from German where it means shark. Likely conceived by Trevor Fiore, designer for Carozzeria Fissore, there is some question as to the actual designer as some historians say that Pietro Frua was the designer. As another in the same line, a Hai 450 GTS was made, which had longer wheelbase, trim and accessory appearance changes, and red highlights. 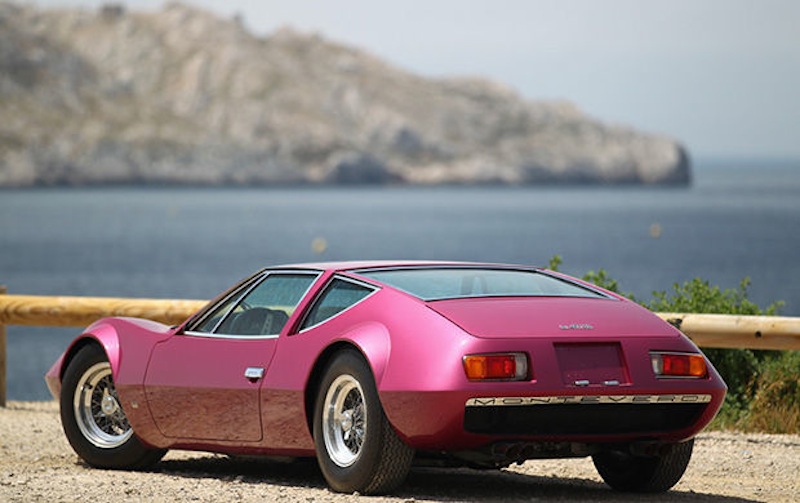 There were hopes for the Monteverdi models, and the manufacturer intended to create 49 of the sport cars. Unfortunately, after the two prototypes were built there were no more ever created. Bad press about the estimate $27,000 price seemed to be a deterrent to even the more serious collector as a new car usually cost $2,900. In today’s dollar value, the Hai would cost $164,309.61. Spare parts for the prototypes were found in the 1990s and two more replicas of the Hai model were made by Monteverdi and put into their museum in Basel-Binningen. 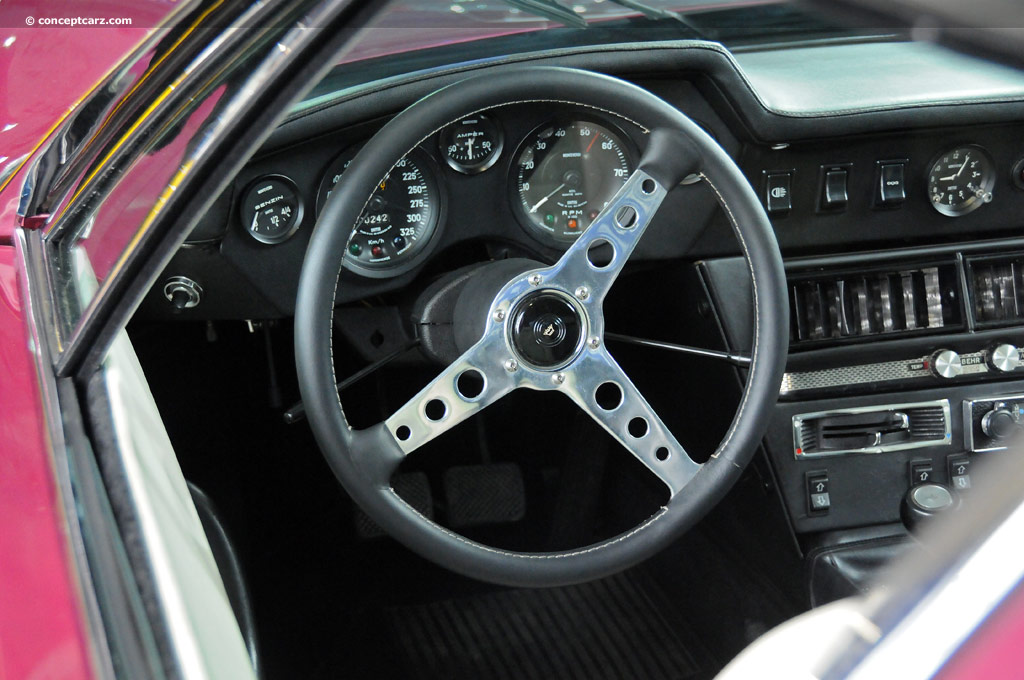