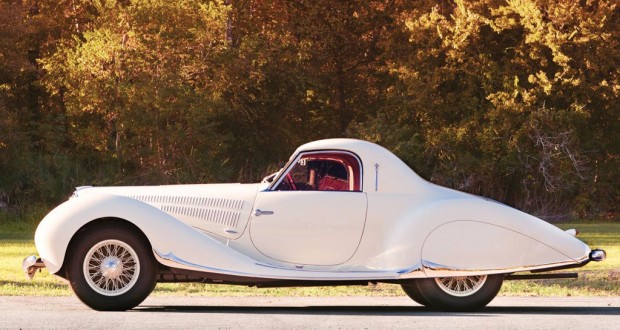 A particular highlight of this French coachbuilt era is Figoni et Falaschi’s introduction of the “Goutte d’Eau” or “teardrop” streamliners that were built on the 135 and 165 V-12 chassis and also as Talbot-Lago T150 SS coupés and cabriolets. Figoni et Falaschi were the most flamboyant and imaginative carrosserie of the 1930s. Joseph Figoni started his own body shop in Paris in 1921, spreading his wings in the early ’30s with commissions for Bugatti, Alfa Romeo, Lancia and other sporting marques. In 1935, he partnered with Ovidio Falaschi, who had both capital and business expertise.

From 1936 through about 1951, Figoni et Falaschi’s stand at the Paris Salon was a “must see.” Though teardrop cars were made in relatively small numbers, they were so immediately eye-catching that they became instant icons and remain so today.

This particular example of Figoni coachwork was built on Delahaye’s Type 135 chassis, a model that was introduced in 1935 at the Paris Salon and was enthusiastically received. It proved delightful to drive, with light steering, independent front suspension, Cotal electro-magnetic pre-selector gearbox and 14-inch Bendix brakes. The heart of the car was a 3½-litre, three-carburettor, hemi-head, six-cylinder, counterbalanced engine. It produced 160 hp in its most-powerful MS configuration and could power the car to 120 mph.

The Delahaye 135 MS teardrop coupé on offer here, chassis 60112, was built for the 1938 Paris Salon, where it shared the Figoni stand with a fabulous Delahaye V-12 model 165 roadster. It is offered today from the esteemed collection of the late John O’Quinn, who purchased the car in 2006.

RM Auctions recently interviewed Mr. Claude Figoni, son of Joseph Figoni and curator of the family Figoni Archives, who supervised the car’s nut-and-bolt, body-off restoration, which was very recently completed by the marque experts Atelier Automobiles Anciennes Dominique Tessier in France. Mr. Tessier worked very closely with Mr. Figoni, who was instrumental in completing the restoration based on personal memories and information in his own records.

As such, Mr. Tessier was able to determine that chassis 60112 was originally finished and displayed in a light ivory colour (paint limitations at the time would have never produced a truly white car), which according to Mr. Figoni was complemented by a deep red leather interior. A copy of a photo in the car’s file shows the car with large inboard headlights, driving lights in the fenders and a handsome, thin V-shaped bumper.

Of particular interest is the grille, which according to Mr. Figoni was finished in the French colours of blue, white and red. Joseph Figoni, an Italian national who emigrated to France years earlier, elected to show his patriotism toward his adoptive homeland of France, particularly during the tumultuous build-up leading to World War II.

It seems likely that 60112 was hidden from occupying forces during World War II, as it was not discovered until 1964, hidden behind a hedge of reeds in La Seyne Sur Mer, a few miles from the Mediterranean port of Toulon in Southern France, and carrying an old Alps-Maritimes Department license plate, 308 M6. According to historian Andre Vaucourt, a dogged 21-year pursuit followed the discovery. Finder Antoine Rafaelli finally managed to buy 60112 in 1985 from Madame Michele Gautier.

Rafaelli registered it again in Alps-Maritimes as 3506 VJ 06. Then he delivered the coupé to the Conforti brothers in Nice for a restoration, which took place between 1986-87. In 1998, the car joined the Rosso Bianco Collection in Aschaffenburg, Germany. The car then resided with two known owners in the U.S. before 2006, when John O’Quinn bought 60112 at Quail Lodge.

The aforementioned two-year restoration was a true labour of love, conducted by marque experts with the strictest attention to detail. The car was brought down to its bare chassis before a meticulous rebuild was conducted on the body, chassis, engine, transmission and interior – quite literally every single nut and bolt. From the running gear to the beautifully re-trimmed upholstery, the mechanical and cosmetic results are spectacular. Since the car’s full concours-level restoration, it has never been shown or enjoyed in any events. As it has been restored to perfection, precisely the way it was shown at Paris in 1938, it is a perfect entrant for some of the most important concours events the world over, particularly Pebble Beach and Villa d’Este.

As part of a large private collection, this car has seen limited exercise. RM strongly advises the successful bidder carry out a thorough service before driving the car on the open road. 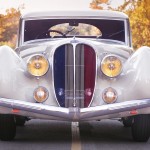 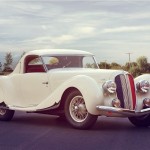 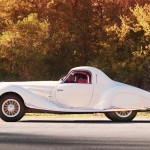 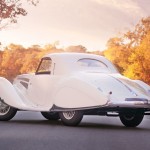 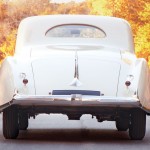 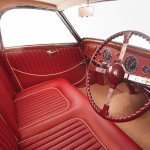 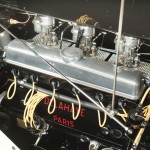