Home / Cars / What is JDM culture 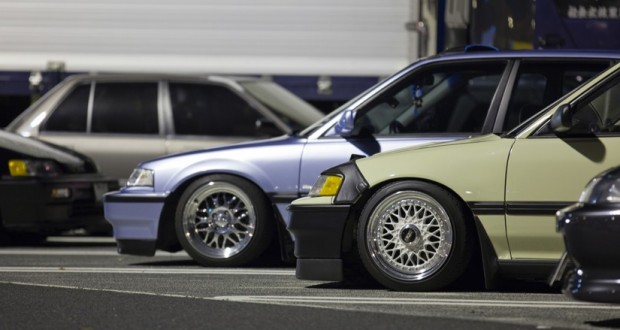 What is JDM culture

With the historical discipline and dedication of the early Japanese samurai still living on through modern-day Japanese martial arts, it should come as no surprise that the Japanese have seamlessly applied their philosophy of honor, duty and loyalty to their domestic market of vehicles. The devotion to and passion for cars, in what has come to be known as Japanese Domestic Market (JDM) culture, has slowly been brought to wider recognition through mainstream films like ‘The Fast and the Furious: Tokyo Drift,’ and in video games such as ‘Need for Speed’ and ‘Gran Turismo.’ The investment and mind-set of the JDM culture has very likely already spilled over into the western world, beyond the effects that it has had on European and American vehicles.

Because Japan has rigorous annual inspection standards for the maintenance of road vehicles, the need for Japanese drivers to maintain and preserve their cars in order for them to be allowed on public roads is a large one. This need, however, becomes increasingly expensive as a car ages and has a year-on-year depreciative effect that ultimately leads to its destruction or exportation. With high maintenance rates, relatively short shelf lives and high disposal fees on vehicles, Japanese drivers have an increased incentive to sell their cars for export as they get older instead of demolishing them domestically. Under such stringent regulations, and given that, evidenced from the International Automobile Federation’s reports, a car in Japan travels almost half as much annually as a corresponding car in the US, it is unsurprising that over 800,000 used commercial vehicles were exported from Japan in 2013—according to the Japan Customs and Tariff Bureau.

However, shipping used and/or upgraded vehicles to other countries is not what JDM culture is about. Some consider JDM culture a lifestyle, a way of life that transcends above the traditional hobby and that filters into the category of perseverance and the pursuit of perfection. Contrary to popular perception, JDM culture enthusiasts don’t aim for spinning, chrome-plated rims and bulky, flashy body kits. They live for the philosophy of bringing out the beauty of a machine and its maximum performance through modifications that do not compromise the original physical design of the vehicle. It is about taking the shell of a mass-produced car and turning it into a one-off, uniquely built, performance-enhanced machine that incorporates a huge investment of time, thought and funds. 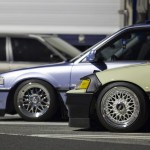 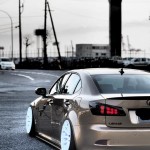 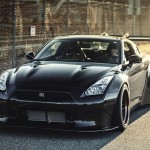 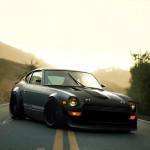 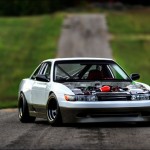 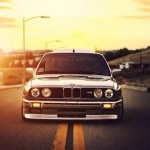 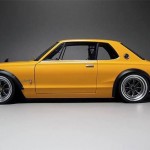 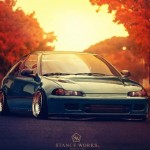 In Japan in particular, as can be expected, the JDM culture runs deep in the veins of many people. With the Japanese way of life itself, going back centuries, evoking a sense of loyalty and pride, average consumers have a sturdy attachment to their automobile dealers that sometimes dissuades them from seeking out cheaper competitors or alternatives. As the modification culture is so widespread, the case is often that because dealers also have connections to modifiers—or are modifiers themselves—a typical driver often ends up spending more on tuning and upgrades than what the market price would otherwise stipulate. Once the driver decides to move on to another vehicle, the attachment to their dealer again results in their original car being sold at an undervalued price, and then either resold or exported. This all means that for the average worker following the JDM path and working with their dealer to tune their vehicles, it can be an expensive ride.

In some ways, JDM culture acts as a community builder and equalizer for people across different races, creeds and social classes. There are frequent local gatherings and performance events that allow this society of car enthusiasts to remove the boundaries between each other and to absorb the splendor and magnificence of each of their professionally tuned vehicles. Sometimes, the meetings may be at track day events for an unofficial, safe and enjoyable race around a local track, or they may be for different owners to simply exhibit their creations or purchases at show-day get-togethers, or they may be miniaturized, illegal street races that happen under the cloak of darkness between traffic lights or around a pre-set city and highway route. Whichever the scenario, these showdowns play a major part in defining the atmosphere and intensity of a JDM culture that very often results in new friendships, new rivalries, and vast amounts of adrenaline.

JDM culture is a philosophy that can simmer into an obsession. It is an activity that demands an attention to detail. It is an unspoken science that links a driver and a car and brings out the best in both.

JDM culture 2015-03-05
John
Previous: What Is Dry Sump?
Next: What is the fastest diesel truck in the world?