Home / Interesting / What are exhaust headers and why are they so important? 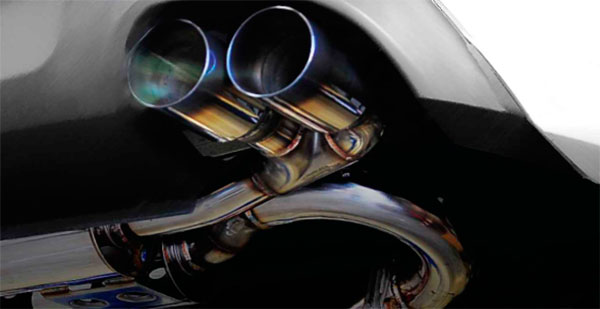 What are exhaust headers and why are they so important?

Most vehicles are factory equipped with a cast iron exhaust manifold. Its primary purpose is to funnel gasses from several exhaust ports and route them through the exhaust system and out the back box. In the case of a 4-cylinder engine, the manifold system consists of a series of four tubes which connects from each cylinder that merges into a collector.

The collector is connected either to a flexible pipe or spring retainers (to absorb engine vibrations) under the vehicle and to the midsection of the exhaust system. Manifolds are preferred because they are cheaper to produce and easy to install on a production line. It is also ideal for conserving exhaust heat to quickly light off a catalytic converter during cold starts.

PROBLEM – Exhaust gasses must be efficiently managed for maximum horsepower production. Stock manifolds are usually restrictive to the flow of exhaust gas. Though they make good low-end torque, they are not the most efficient setup, since your pistons have to do double duty to expel gasses – hence restricting power. Notwithstanding which, engines with stock camshafts are less sensitive to variations in manifold designs but once you start to increase the duration and overlap, the engine becomes sensitive both to manifold and exhaust design.

SOLUTION – A Header aka ‘Extractor’ in this instance is preferred. It could be likened to a “tuned” manifold that will slightly alter your engines’ characteristics by allowing less backpressure for the pistons to work against. Headers are said to free up more power in three ways: 1. Help evacuate exhaust gasses during the exhaust stroke from the cylinders; 2. Uses acoustic energy to maintain low pressure near the exhaust valve during the overlap period; and 3. Reducing backpressure with linear (smoother bends) runners.

HEADERS – They are performance-based upgrades fabricated from precisely formed tubular sections of pipe (runners) available in two typical designs to suit the application i.e. 4 into 1 or 4-2-1 both with and without tri-Y variation patterns. The lengths, linear curves, and inside diameters of each runner are specially designed to follow the timing of your engines exhaust valves. Full radius mandrel bend designs are preferred for better flow dynamics. The optimal dimensions of the runners should be matched to the cams’ duration and overlap timing. Generally the late the opening points of the exhaust valve, the shorter the primary runners should be.

FINISHES – Headers are available in finishes of either mild or stainless steel. Stainless steel provides a smooth surface for the quickest possible airflow but has poorer thermal conductivity than mild steel (the latter conducts heat 220 times better). Stainless steel however keeps the heat in the runners thereby keeping the exhaust energy higher. Higher energy equates to higher velocity and better scavenging which is a good thing. Stainless steel or mild steel headers may be further ceramic-coated or utilize thermal wraps (heat-resistant) to contain the heat within the runners and at the same time keep your engine bay cooler.

The ceramic coating may aid catalytic light off under cold start conditions which is helpful for OBD-II vehicles. Your engine’s exhaust runs at about 260 degrees Celsius. It is said that every 55 degrees less heat in the engine bay means 5 hp gained just from the cooler air.

EXHAUST PULSE – The engine does not expel exhaust gasses in one continuous stream because the respective valves open and dose at different times. The more cylinders you have, the closer together these pulses run.

For a “pulse” to move, the leading edge must be of a higher pressure than the surrounding atmosphere. The pressure differential is what keeps a pulse moving. The low-pressure tail end of an exhaust pulse will attract the high-pressure bow of the following pulse, effectively “sucking” it along. This is the advantage of a header which pairs cylinders opposite each other in the firing order, so an exiting pressure pulse from one cylinder will not hamper the evacuation of the next cylinder, which is on the overlap part of the power stroke. The runners on a header are therefore specifically tuned to allow the exhaust pulses to “line up” and “suck” each other along. However, since engines rev at various speeds, the exhaust pulses don’t always exactly line up. Therefore headers are available in many design configurations to mitigate these problems.

4-2-1 DESIGN – The primary runners converge on two secondary runners (4-2-1 design) that merge on to a larger diameter collector. Automatic gears benefits most from torque (low end) instead of horsepower (top end) and a 4-2-1 design tuned for the auto with long runners is the header of choice. A longer and/or thinner diameter primary runner is better for low end power with an additional benefit of better fuel economy and drivability.

TRI-Y DESIGN – This pairs the opposite cylinders in the firing order together in a short Y runner and then brings the two pairs of Y’s into a single collector hence the name tri-Y. Many headers presently available for popular sport compacts with four cylinder engines are of the tri-Y design. Tri-Y’s are forgiving to differences in camshaft design and other tuning factors that the header builder has no control over. Use tri-Y headers for a wide power band or for applications where the final cam and engine specifications are unknown.

MERGED COLLECTORS – A collector where the primary or secondary runners are paired together in a smooth taper. It is larger in diameter than the runners to support flow velocity without creating excessive backpressure.

Merged collectors usually produce a wider power band due to the more gradual propagation of waves from the smoothly joined tube ends which is less turbulent.

TURBO ENGINES – A standard manifold with a turbine is said to spool seven times faster than a header. This is because a turbine is driven partly by heat energy and expansion of the hot exhaust gasses. The longer tubes in a tuned header tend to dissipate a lot of this heat energy before the turbine which can result in more turbo lag. However a Header has a smoother more gradual onset of boost that is more manageable and controllable with the throttle. The lag and heat loss of a longer runner header is said to be minimized through the use of 321 stainless steel which keeps the heat in the runners, hence transferring more heat to the turbine.

CONCLUSION – You can generally expect a power gain of about 5-15 hp at the wheels from a well designed header on most vehicles. When buying a header, look for thick-wall, mild-steel runners of at least 16-gauge – preferably 14 gauge. This cuts down on noise and reduces the chance of the runners cracking. Rust and heat resistant ceramic coated or 304 stainless steel headers are preferred for longer life. Look for thick flanges to resist exhaust leaks and longer life expectancy. In the next installment we will continue with the exhaust plumbing system and discuss how you should be well connected. 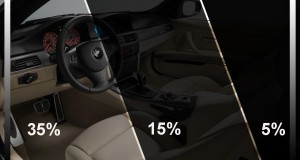