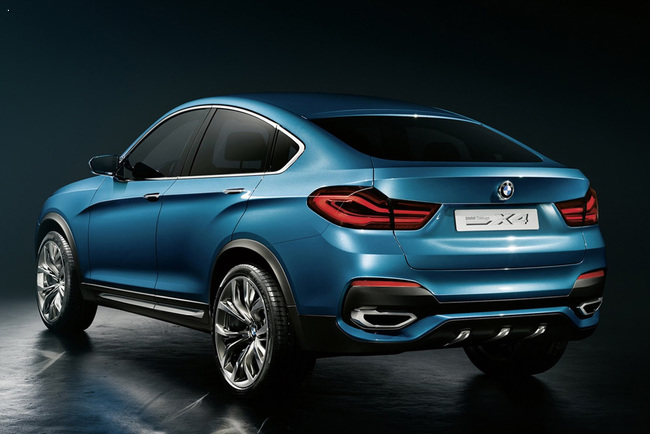 Today, we can observe rather unusual situation on car market news, the main cause of which has become BMW Concern. The German division of BMW has published on their Facebook page the image of 3-Series GT, which everybody took for X4. After the whole world has started rumors about the new crossover, the Bavarian manufacturer was forced to reveal photos and some details of future BMW X4.

Whereas, before us is a conceptual version of the new car. As we see, the novelty has a lot of chrome parts that are unlikely to be applied in the serial X4. Also, the market model will get different bumpers, wheels and mirrors. But generally, BMW X4 Concept, presented at online photos, repeats the same crossover, which goes on sale next year.

Official technical information about the new product has not yet been published. However, there are some details, informing that X4 is designed externally as an older brother of X6, but its dimensions (length 4648 mm, width 1915, height 1622) are close to the crossover BMW X3 F25, on the basis of which is manufactured the novelty. The value of wheelbase – they do the same (2,810 mm).

Thus the new BMW X4 is a little bit longer of extremely successful crossover Range Rover Evoque. But the stylish design of the Bavarian model will certainly help to entice many buyers.

Remind you that official presentation of BMW X4 Concept will be held at the Shanghai Motor Show soon – April 21-29. The serial version will debut in September.

2013-04-09
John
Previous: The Japanese began to work on a new Mitsubishi Galant
Next: Porsche Cayman was sold for Bitcoin currency