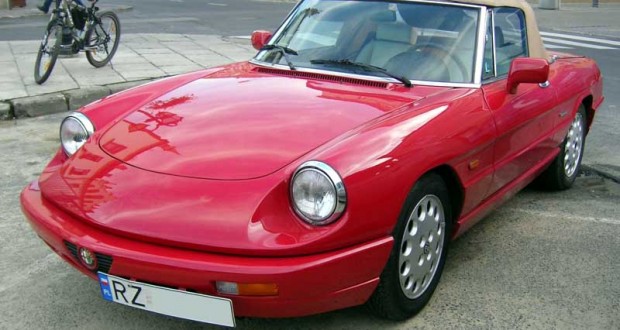 If you need proof that you don’t need oodles of power to make a car sublime to drive, the Alfa Spider is it.

Thanks to styling maestro Pininfarfna. the first Spiders were sublime to look at too, with their boat-tailed – or Duetto – styling. This didn’t last long though: from 1969 the cars featured a Kamm tail, which was more squared off. more practical, but rather less pretty. And then things just spiralled downwards, to the point where the Spider almost became a parody of Itself – by the 1990s the Spider had a hideous codykit that made it look as though the original styling had been ‘improved upon’ by an eight-year old.

As a result, it’s the Duetto which is the pick of the bunch, but later versions are more affordable and still superb to drive; they’re less cool though, and less likely to make fellow classic enthusiasts green with errvy. Any Spider is a glorious machine however, thanks to those lines and tire twin-cam engines:

It’s just a shame they have the durability of rice paper. 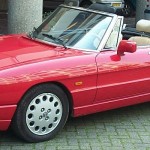 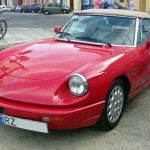 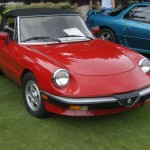 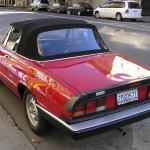 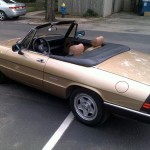 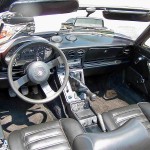 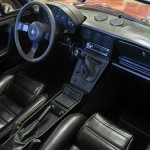 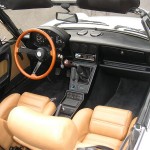